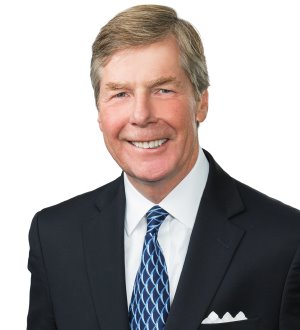 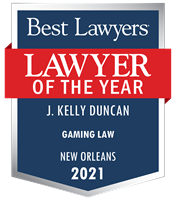 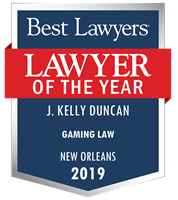 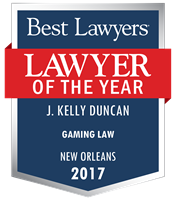 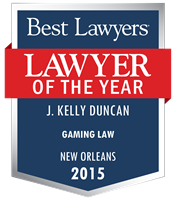 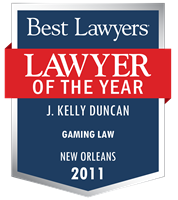 Kelly Duncan is a partner in the Maritime Practice Group. He serves currently as co-chair of the firm’s Gaming Industry Team and served on Jones Walker’s board of directors from 2006 to 2014. Kelly has 40 years of experience handling admiralty, maritime, and international and customs law matters, including domestic and international matters relating to marine acquisitions, financings, vessel construction, regulatory issues, maritime lien enforcement and foreclosures, contracts of affreightment, terminal tariffs, and charter parties. His international practice encompasses international commercial transactions, customs rulings, protests, reliquidations, seizures, forfeitures, and classification disputes. Since the early 1990s and the passage of legislation in states outside of Nevada and New Jersey authorizing video poker, riverboat gaming, land-based casinos, and racinos, Kelly has been integrally involved in the representation of major commercial and tribal casino companies as well as manufacturers, suppliers, and financial institutions regarding all matters relating to the development, financing, and operation of such facilities. He has extensive experience handling public-private leases, financings (including gaming vessel financings), land use approvals, statutory and regulatory interpretation and compliance, gaming operations, administrative hearings, and litigation. Among Kelly’s clients are many of the largest gaming operators and gaming equipment manufacturers and suppliers in the world. He also advises major investment banking firms and large commercial lenders involved in secured and unsecured lending, and debt offerings and bond offerings in connection with the development of various gaming projects, as well as REITs. Kelly is a past president of the International Masters of Gaming Law and a member of the International Association of Gaming Advisors. He has served as a speaker at international gaming conferences and at maritime seminars around the world, and is one of only six gaming attorneys from the United States listed as a notable practitioner in the 2020 edition of Chambers Global Guide. As a result of his maritime, gaming, and international practices, Kelly has had extensive experience appearing before regulatory bodies and federal courts.

129 The Best Lawyers in America® awards