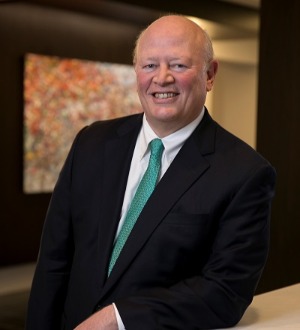 Ware, Jackson, Lee, O'Neill, Smith & Barrow, LLP
"Don Jackson is one of the finest trial lawyers I know. He possesses the required high-level subject matter knowledge, jury trial expertise, and advocacy skills. He is very well respected by both sides of the bar and the judiciary."

I am a trial lawyer. For over 30 years, I have litigated, tried, arbitrated, and appealed lawsuits involving virtually every substantive category of civil disputes. I have been board certified since 1990 in Civil Trial Law and Personal Injury Trial Law by the Texas Board of Legal Specialization. I always have and still immensely enjoy this work. Representing people and organizations as plaintiffs and defendants in legal disputes is challenging, fascinating, and rewarding work. I believe that the American system of trial by jury is the greatest system of justice ever devised. I believe that trial lawyers have a responsibility to their clients, the courts, and our system of justice to advocate for our clients with zeal and integrity. I strive to live up to this responsibility for every client in every case. I am proud of the record I have built over many years in the practice of law, and I look forward to many more years as a trial lawyer.

Working with other lawyers at our firm, I have been privileged to represent clients in many high-stakes cases. I will mention only a few examples.

Environmental Litigation. We successfully defended a Houston manufacturer in possibly the largest civil case ever filed over one of the largest environmental disasters of the industrial age – the multi-district litigation arising from the blow-out of BP’s Deepwater Horizon well in the Gulf of Mexico. Although our client was named as a person of interest in the initial U.S. Coasts Guard investigation, we proved that the sub-sea wellhead manufactured by our client did not fail and was not a cause of the disaster. While other defendants paid billions of dollars in judgments and settlements, our client was exonerated by summary judgment.

International Arbitration. We filed an International Chamber of Commerce arbitration cited in London on behalf of a Swiss engineering company alleging a breach of a shareholders’ agreement governing a methanol manufacturing company in Trinidad and Tobago. Although our client was the minority stockholder, we ultimately persuaded a panel of three arbitrators to order a forced sale of the majority owner’s interest to our client.

Construction Litigation. We successfully prosecuted a lawsuit on behalf of an industrial construction company involving the construction of four petrochemical projects in Louisiana. While our client was the plaintiff in the litigation, we also faced a nine-figure counterclaim that made this a bet-the-company case. After a three-month trial, the jury found in favor of our client. The verdict was listed by Verdict Search as the second largest verdict in the country that year. The matter was settled on appeal.

Oil and Gas Litigation. Since the late 1980s, oil and gas litigation has been a significant part of my practice, including representation of companies in the upstream, midstream, and downstream segments of the energy business. We have also represented royalty owners and surface owners. We currently represent an independent oil producer in the Eagle-Ford Shale in a significant fraud case against one of the largest banks in the United States.

Intellectual Property Litigation. We successfully defended a distributor of industrial pile hammers against claims of trademark infringement by a major competitor.

Commercial Litigation. We defended a large telecommunications company in an extremely complex partnership dispute in which the minority partners were attempting to terminate our client’s interest in a lucrative enterprise. The facts of the case covered decades of operations and hundreds of thousands of documents. After approximately four weeks of trial before a Galveston jury, we settled the case with a strategic buy-out of the plaintiffs’ interests in the business.

Domestic Arbitration. We represented an international construction company in an AAA arbitration proceeding arising from a subcontract for the construction of the topsides for a large off-shore oil production platform. The general contractor sued our client for several million dollars. We counterclaimed for a similar amount. After extensive discovery, the case was arbitrated over a two-week period. The arbitrator rendered an award in our client’s favor for the full amount of our counterclaim, and the general contractor paid the award in full.

Employment Litigation. We are regularly engaged to file suit on behalf of employers to enforce non-compete agreements and other restrictive covenants and to prevent injury from unfair competition. These matters often require immediate action in the form of petitions for temporary restraining orders and temporary injunctions. By seeking immediate relief, we have often been successful in preventing an injury to our client before it occurs. Probate Litigation. Our first experience with probate litigation came when we were retained to defend the heir of J. Howard Marshall II against attacks on his estate plan by our client’s brother and Mr. Marshall’s wife, Anna Nicole Smith, along with lawsuits filed by several alleged creditors. After a five-and-a-half month jury trial, another two-week jury trial, a several-week nonjury trial, two decisions by the Ninth Circuit Court of Appeals, two decisions by the United States Supreme Court, and one opinion by the Houston (Fourteenth) Court of Appeals, and twenty years of litigation involving well over a billion dollars in claims, our client was found not liable on all of the claims. Since first being engaged by the Estate of J. Howard Marshall, we have been honored to represent the estates of many prominent Houstonians.

I received my law degree from Baylor Law School, serving on the Baylor Law Review and graduating cum laude in 1983. I clerked for Justice Charles W. Barrow of the Texas Supreme Court in the 1983-84 term. Following my clerkship, I went to work for Vinson & Elkins in Houston. I became a partner in Vinson & Elkins on January 1, 1991. In 1993, I joined the predecessor to our firm, Ware, Snow, Fogel & Jackson. In 2005, we began Ware, Jackson, Lee & Chambers, which is now Ware, Jackson, Lee, O’Neill, Smith & Barrow, LLP. Over all of these years, I have had the privilege of working with some of the best lawyers and best people I know.

I am active in the profession and in our community. I have served as a representative to the national board of the American Board of Trial Advocates (ABOTA) for many years. I have also served as President of the Houston Chapter of ABOTA and as President of TEX-ABOTA, the organization that covers the sixteen Texas ABOTA chapters. I serve on the Board of Directors of the Texas Association of Defense Counsel. I serve on the Executive Committee of the Baylor Law Alumni Association. I also serve on the Board of the TIRR Foundation, which supports research in the areas of traumatic brain injury and spinal cord injury. And I serve on the board of directors of the Western State Colorado University Foundation, which supports my alma mater.

I have been honored to receive recognition from the legal profession. I hold the rank of Advocate in ABOTA, and I am a fellow in the International Society of Barristers. ABOTA and ISOB are invitation-only organizations limited to trial lawyers who have demonstrated proficiency and professionalism. I have been recognized as a Texas Super Lawyer, a Thompson Reuters Publication, every year since 2004, and I have been listed in Best Lawyers (in America), a Woodward White, Inc. Publication, every year since 2009. If you have read this far, perhaps you think I mi

"Don Jackson is one of the finest trial lawyers I know. He possesses the required high-level subject matter knowledge, jury trial expertise, and advocacy skills. He is very well respected by both sides of the bar and the judiciary."