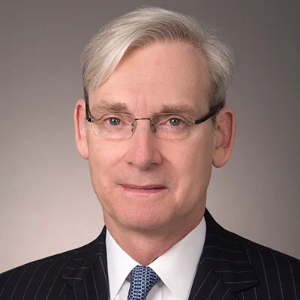 Navigate to map location for Ivan A. Schlager Visit the website for Ivan A. Schlager at https://www.kirkland.com/lawyers/s/schlager-ivan
Your comment has been submitted!
We have encountered an error and are unable to process your comment at this time. Please refresh the page and try again later.
Add Comment
In making your comments, please do not refer to a pending legal matter.
Share My Profile
Post on Social

Ivan Schlager is an international trade and national security partner in the Washington, D.C., office of Kirkland & Ellis LLP. Ivan provides counsel on structuring, negotiating and documenting transactions to address regulatory issues, including approval by the Committee on Foreign Investment in the United States (CFIUS). He represents a diverse group of clients ranging from defense companies, major telecommunications providers, and media and technology companies to private equity firms and companies in the financial services, energy, manufacturing and health care industries.

Ivan has significant experience navigating national security reviews and negotiating complex mitigation agreements. He has developed innovative structures to address national security issues in some of the largest and most complex cross-border transactions. He also assists clients with industrial security (including mitigation of foreign ownership, control or influence (FOCI)), international trade, export control and government contracting issues, as well as congressional investigations and other matters involving government relations and investigations. In 2021 and 2022, Chambers Global also assigned Ivan a Band 1 rating in International Trade: CFIUS Experts (USA).

Before joining Kirkland, Ivan was a partner and head of the national security practice and served on the Policy Committee at Skadden, Arps, Slate, Meagher & Flom LLP. His prior experience includes serving as the chief counsel and staff director to the U.S. Senate Committee on Commerce, Science and Transportation, where he supervised subcommittee professional staff and devised legislative strategy.

Ivan has repeatedly been recognized as a leading lawyer in his field. According to peers and clients, “he acts across a range of industries,” earning recognition as a “thoughtful, connected, calm and authoritative” practitioner. In 2016, Ivan was honored as the Transatlantic Lawyer of the Year: Regulatory at the second annual American Lawyer Transatlantic Legal Awards, which recognizes “the best legal work conducted between the U.S. and Europe.” In 2016 and 2015, he was named as one of Law360’s International Trade MVPs. He also has received a Burton Award for legal writing, one of the highest literary honors in law. Ivan was named by The Washingtonian as a leading lawyer for national security, and is selected for inclusion in Chambers Global, Chambers USA, The Legal 500 U.S., The Best Lawyers in America and Lawdragon 500 Leading Lawyers in America.

"Mr. Ivan Schlager combines topflight professionalism with intelligence, responsiveness, and ever-present good humor. On top of every issue, he never misses deadlines and is astute and on the mark in all legal guidance rendered to our company."

"Ivan Schlager, as the team leader of my company account, has demonstrated strong leadership and has an abundant amount of valuable advice on the business development of my company. We are happy to have Ivan and his team working for us."

"Mr. Schlager had the lead when his firm represented Nokia Siemens Networks in a recent CFIUS process. At every turn of the road, Mr. Schlager was timely, comprehensive, wise, and extremely personable. I have valued and enjoyed our cooperation and would, without hesitation or qualification, both recommend him and also engage him."