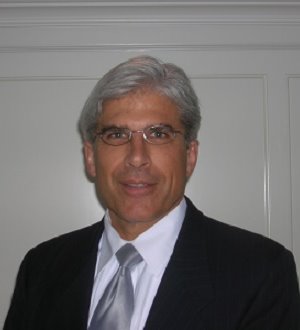 Humbert (Bert) J. Polito Jr., is a principal in the law firm of Polito & Associates, LLC in Waterford, Connecticut. Bert is a native of Cleveland, Ohio where he attended St. Ignatius High School. Bert is a graduate of the College of the Holy Cross (A.B. Religious Studies, 1978) where he was admitted to Phi Beta Kappa. Bert attended the University of Connecticut School of Law (1986) and then served as law clerk to Donald F. Shea of the Supreme Court of Rhode Island. Throughout his career in law, Bert has successfully tried and arbitrated cases in both Connecticut and Rhode Island. As a result, Bert is board certified as a Civil Trial Specialist by the National Board of Trial Advocacy. Bert has also been selected for membership to the American Board of Trial Advocates. Bert has served on the Board of Governors of CTLA since 1993, and has been a member of the Executive Committee since 2003. In June 2009, Bert was elected to serve as President of the Connecticut Trial Lawyers Association. Bert taught high school both before and during law school, and continues to be active in teaching. Bert ran the People’s Law School Program in New London for several years, and currently assists middle school students each year in New London to prepare for annual mock trial exercises. Bert also serves as an Adjunct Professor of Law at the University of Connecticut School of Law, where he has taught a semester course in Trial Advocacy each fall since 1998.Bert has been admitted to practice law in Connecticut since 1986, and in Rhode Island since 1987. His practice has focused exclusively on plaintiff’s personal injury litigation. In his work, Bert seeks to promote consumer and patient safety, and is particularly proud of two of his cases, one by verdict and the other by settlement. The former involved a product liability verdict in favor of a burn victim, wherein the Court ordered that product safety data in the possession of a non-party foreign manufacturer be produced over the objection of a defendant seller here in America. The latter involved the settlement of a hospital malpractice case on behalf of a family which included the hospital’s implementation of patient safety procedures, as well as the designation of a family member to a working hospital committee seeking to improve patient safety. A number of the cases Bert has resolved have been in excess of one million dollars. Bert is listed in Best Lawyers in America, and in Connecticut and New England Super Lawyers. Bert resides in Essex, Connecticut with his wife and their three sons, where they are members of Our Lady of Sorrows Catholic Church.
Read more on firm website