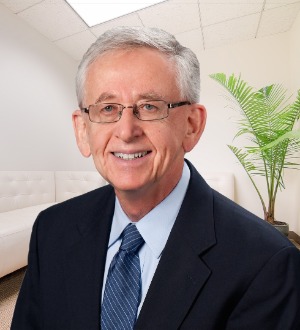 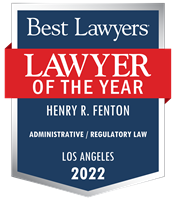 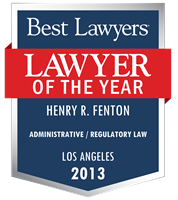 Henry Fenton has handled a wide range of civil litigation matters in the areas of healthcare, labor and employment, antitrust and other areas of the law. He has won many important appellate decisions for physicians and other healthcare providers and has argued several cases in the United States and California Supreme Courts. Mr. Fenton has successfully represented hundreds of physicians and other healthcare professionals who have faced accusations or disciplinary investigations by the Medical Board of California or their respective licensing bodies. He specializes in providing representation and advice to health care professionals and health care entities and individuals, in the areas of fraud and abuse, medical staff, credentialing, Medicare and MediCal, reimbursement, Stark and Anti-kickback, DEA, FDA and HIPAA issues, business disputes, long term care, behavioral health and alcohol and substance abuse.

Among other distinctions, he has been rated AV Preeminent by the Martindale-Hubbell peer review rating system and has been chosen for a number of years as a Southern California “Super Lawyer” by Thomson Reuters in the field of health care law. Mr. Fenton has also been named “Lawyer of the Year” by California Lawyer Magazine and is regularly chosen as a “Best Lawyer in America“ in the areas of healthcare law and administrative/regulatory law. In 2013, Mr. Fenton was selected as “Lawyer of the Year” in Administrative/Regulatory Law in the Southern California area by The Best Lawyers in America.