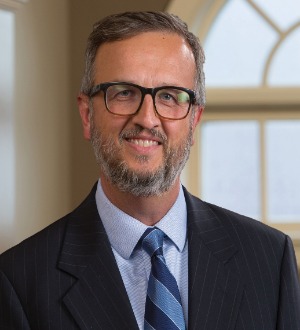 Barrett McNagny attorney Henry Najdeski counsels businesses and individuals in business and real estate law. He has experience working with all types of business entities on tax abatements, mergers and acquisitions, and complex financing and transactions. Henry is a member of many professional associations, including the Indiana State and the Allen County Bar Associations.

Henry is active in the community as a current member of the Canterbury Board of Trustees. He was formerly a member of several boards of directors including the Fort Wayne Philharmonic, the Questa Education Foundation, and the YMCA, where he served as the executive board treasurer. Recognized as a "Rising Star" in the 2009 Indiana Super Lawyers® publication, Henry has also been listed in Fort Wayne Monthly's listing of "Top Lawyers", and since 2019 has been selected for inclusion in The Best Lawyers in America® publications.

After receiving his B.A., Political Science, in 1993 from DePauw University, Henry obtained his J.D. from The John Marshall Law School in 1997. He is admitted to practice before the Indiana state courts and the U.S. District Courts for the Northern and Southern Districts of Indiana.