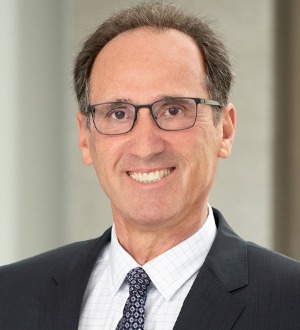 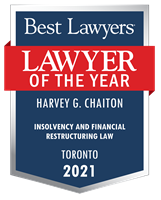 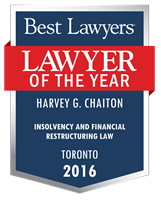 A partner of Chaitons LLP, Harvey practices in the areas of bankruptcy and insolvency with particular emphasis on receiverships and corporate restructurings, including insolvency litigation. He has appeared before all levels of court in Ontario and the Supreme Court of Canada to argue cases on diverse issues arising in insolvency matters under the Bankruptcy and Insolvency Act, the Companies’ Creditors Arrangement Act and the Personal Property Security Act.

Harvey is well-known and highly regarded within the legal community. He is listed by Chambers & Partners which ranks the best law firms and lawyers in jurisdictions throughout the world and has been recognized by Lexpert® and The Best Lawyers in Canada as a leading insolvency and restructuring lawyer. He has lectured extensively on the topic of bankruptcy and insolvency and is the immediate past Chair of the executive committee of the Canadian Bar Association of Ontario Insolvency Law Section.

Harvey studied at the University of Western Ontario and obtained his LL.B at Osgoode Hall Law School in 1980. He was called to the Ontario Bar in 1982.