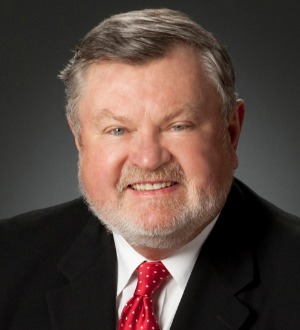 Navigate to map location for Guy R. Martin Visit the website for Guy R. Martin at http://www.perkinscoie.com/en/professionals/guy-r-martin.html
Your comment has been submitted!
We have encountered an error and are unable to process your comment at this time. Please refresh the page and try again later.
Add Comment
In making your comments, please do not refer to a pending legal matter.
Share My Profile
Post on Social

Guy Martin is one of the senior natural resources, energy and environmental lawyers in Washington, D.C., with years of direct high level experience in the Congress, in the Executive Branch and at the state level. Guy has years of experience representing and counseling clients with serious objectives and problems to solve in the federal government. He covers virtually every resource area from land and water to energy resources, as well as Indian law and policy, including tribal gaming issues. His emphasis is leading complex projects to achieve client objectives in the federal government, from specific legislative provisions to policy decisions in support of client objectives, and clearing the way through federal permits and approvals for client objectives to succeed on the offense or on the defense. To do so, Guy develops strategy for the project, forms a team which taps the potential of the client, others at Perkins Coie and outside consultants, and then engages in an active campaign that is totally devoted to client objectives.

As a former high level resources official at the Department of Interior, Congressional staff member, and the highest state resources official in Alaska, Guy works easily and authoritatively with those in office now on difficult legal and policy issues where knowledge and credibility are essential. Strategic counseling, focused representation, negotiation and litigation are all tools used with the Congress and the key resources agencies of the federal government including Interior, Energy, EPA, Agriculture, Commerce and the White House, among others.

Prior to practicing law, Guy served as the Assistant Secretary of the Interior for Land and Water Resources, and prior to that he was the Commissioner of Natural Resources for the State of Alaska. He also served as the Director and Washington, D.C. Counsel for the State of Alaska District of Columbia Office. Guy started his career as a Legislative Assistant to Congressman Nick Begich (Alaska).

278 The Best Lawyers in America® awards

219 Best Lawyers: Ones to Watch in America awards

"I have always been taught if you wish to hire an attorney or law firm to do your bidding, ask the opposing counsel who they would not like to see on the other side of the room; they chose Perkins Coie and Guy Martin. Guy and his team have brought a level of experience, both from their office and their outside contacts, that is helping our community as a whole and our company, specifically, in dealing with an opposing party that is extremely well funded and politically connected. We have been able to not only keep our opponents at bay, but Guy is putting us in a position to win where no else thought we could. Ease in communication, blending with our team, insightfulness with our issue, camaraderie - these all describe Guy's characteristics. In the four years we have worked on our issue, ego, arrogance, and a closed mind have never been things I could attribute to Guy. The only thing that can be said of Guy that has the slightest hint of negativity is that when he is buying drinks he orders scotch from the bar gun and when I'm buying drinks he orders 25-year-old McCallans. The highest compliment I can give to Mr. Martin is that I would recommend him and his firm to any one dealing with a like issue and I guarantee you I don't do that lightly."