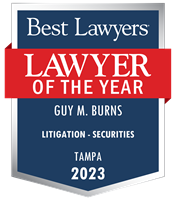 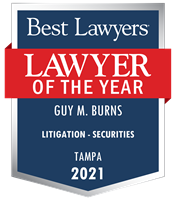 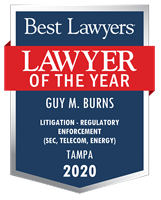 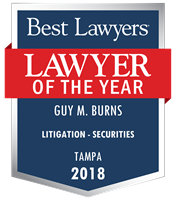 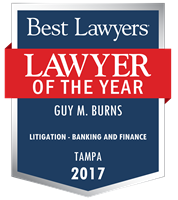 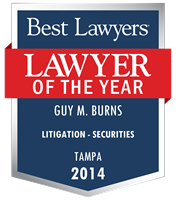 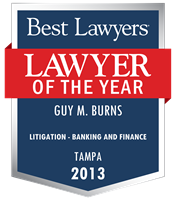 Guy is Johnson Pope's managing partner. He has over 40 years of trial experience with over 100 trials in State and Federal Courts, as well as dozens of trials conducted before arbitration panels. He primarily represents plaintiffs in complex commercial, securities, financial malpractice and consumer fraud litigation and in class actions, generally on a contingency fee basis. He also represents defendants in selected large, complex commercial disputes. He has successfully represented plaintiffs in numerous disputes against brokerage firms, investment advisers, insurance companies, law firms, accounting firms and other corporate and financial institutions. Guy has represented clients who have record-setting awards and settlements totaling hundreds of millions of dollars.

Guy has a long history of representing plaintiffs on a pro bono basis in numerous public interest cases in both State and Federal Courts. These cases have arisen out of discrimination based upon race, gender and sexual orientation. He has also represented plaintiffs in litigating constitutional claims relating to education and public housing.

Guy has been listed for many years as one of the “Best Lawyers in America” for commercial and financial litigation, and he has regularly been named to the lists of “Florida’s Legal Elite”, “Bet the Company Trial Lawyers” and “Super Lawyers”. For 2013, he was named by Best Lawyers in America as “Lawyer of the Year” in the category of Banking and Financial Litigation. He has now been named as “Lawyer of the Year” three times in the categories dealing with securities and financial litigation.

39 The Best Lawyers in America® awards

9 Best Lawyers: Ones to Watch® in America awards

by Compiled by Nathaniel Barr