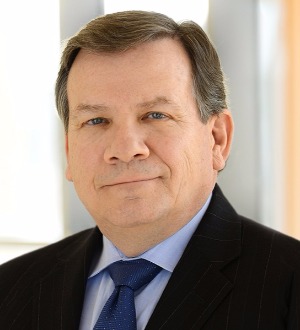 Mr. Luce focuses on the counseling and defense of health care providers, suppliers, pharmaceutical companies and physicians under state and federal fraud and abuse laws and the False Claims Act, as well as on the design and implementation of compliance programs. In addition, Mr. Luce represents numerous health care providers and corporations in response to civil and criminal investigations under the provisions of the False Claims Act and other statutes. A significant aspect of his practice includes advising clients on voluntary disclosure of statutory and regulatory violations to appropriate government agencies.

Mr. Luce has been recognized as a leading lawyer by Chambers USA: America’s Leading Lawyers for Business (Nationwide – Health Care; District of Columbia – Band 1 Health Care) and The Best Lawyers in America. He also was named as one ofLaw360’s “Health MVPs” in 2012.

Mr. Luce previously served as an assistant attorney general for the Commonwealth of Virginia, where he represented state health agencies in a variety of regulatory and litigation matters.

"Gregory Luce gets good results in representing healthcare clients who have possibly violated the Stark or Anti-Kickback statutes."