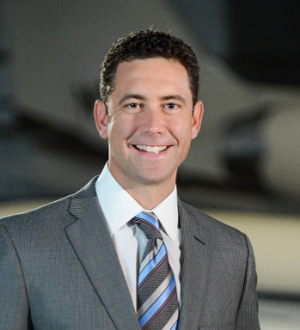 Gregory Michael Dell is a partner and the managing attorney of the disability income division of Dell & Schaefer, Chartered.

The firm’s disability income division is comprised of attorneys who only represent claimants throughout all stages ( applications, denials, appeals, litigation, & lump-sum policy buyouts) of a claim for individual or group (ERISA) LTD benefits. Gregory Dell received his B.S./B.A. in Accounting at Washington University in St. Louis and his J.D. from Benjamin Cardozo School of Law in New York City. Following law school, Mr. Dell spent several years developing his trial skills as an Assistant State Attorney in Broward County Florida, where he handled thousands of criminal cases and participated in more than 50 jury trials.

Mr. Dell is admitted to the Florida, District of Columbia, Massachusetts, Texas, and New York State Bar Associations, as well as multiple federal district courts throughout the nation. At a national level, Mr. Dell is a member of the Association of Trial Lawyers of America, the American Health Lawyers Association, and Vice Chair of the American Bar Association Health and Disability Insurance Law Committee. Mr. Dell is the founder of the Attorneys Dell & Schaefer Charitable Foundation, a not for profit organization which was formed to promote health and safety in our communities to improve lives of individuals.

Outside the practice of law, Mr. Dell is a husband and father of three boys. Mr. Dell believes that exercise is an important part of a healthy lifestyle, and while some may say he takes exercise to an extreme, his dedication and commitment is demonstrated by his completion of the Ironman Florida triathlon, 5 Half-Ironman triathlons, and multiple marathons including New York City, Chicago, South Carolina and San Diego.