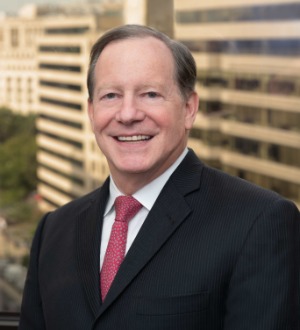 Gregory McGillivary is the managing partner of McGillivary Steele Elkin LLP. He has over 30 years of experience litigating, arbitrating, settling, and most importantly, winning multi-million-dollar cases on behalf of unions and individual workers who have been wrongly denied pay and benefits. He has represented tens of thousands of workers in a multitude of industries in both the public and private sector through all levels of the judiciary system and in arbitration. In addition to litigation, Greg has served as a negotiator to help obtain collective bargaining agreements for union members. He is an expert on wage and hour law as well as federal employee statutory benefits. He has a proven track record of winning cases with violations of minimum wage, overtime pay, shift differentials, hazardous duty pay requirements, and improper pay rates.

Greg pursues each and every case with a relentless drive to persevere until justice is achieved. Greg is the Editor-in-Chief on the Treatise published by Bloomberg/BNA Book “State Wage and Hour Laws”, which is now in its Third Edition, which covers how he has an unwavering awareness and incredibly firm grasp of the equal pay act and worker pay laws present in all 50 states, including those in Puerto Rico and the District of Columbia. The Daily Labor Report’s recent profile on Greg shows how his passion for labor and employment law came as a product of his upbringing. Both of his grandfathers were union wood products workers who suffered workplace injuries. As mentioned in the book “Top Lawyers: The Secrets to Their Success,” Greg McGillivary knew “he wanted to pursue a career in the legal sector at a young age, and he knew he wanted to help employees who fall victim to unfair treatment in the workplace.” This early drive allowed Greg to devote his entire educational and professional career to the advancement of his labor and employment law knowledge and expertise.

Greg’s pursuit of justice extends beyond labor and employment law. He serves on the Board of Directors of Freedom Now, a human rights organization that fights for victims of human rights violations around the world. Greg, along with fellow MSE partner Reid Coploff, were also the co-recipients of the American Bar Association's 2015 Frances Perkins Public Service Award for their pro bono work on behalf of three labor activists in Vietnam who were unjustly and arbitrarily imprisoned by the Vietnamese Government.

In addition, Greg serves on the Board of Governors of the University Club of Washington, D.C. and is the chair of the executive committee as well as a past president of the Club.

The Need for Arbitrators to Recognize and Exercise Their Broad Powers to Control Proceedings Involving Employee Statutory Class and Multi-Employee Claims in the Federal Sector, National Academy of Arbitrators, May 27, 2010

November 14, 2012, Square Peg. Round Hole. The Challenges and Pitfalls of Exempt Classifications Under the FLSA, ABA National Teleconference, November 14, 2012 with Ellen Kearns.