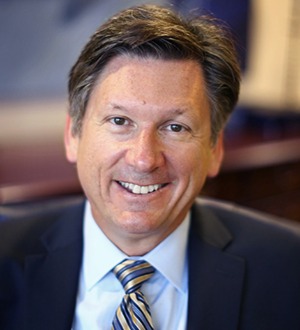 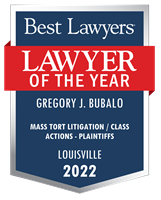 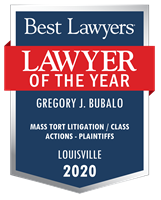 Mr. Bubalo has appeared in various types of trials. A few examples follow.

In Loomis v. St. Mary's Hospital, he was Lead Trial Attorney, resulting in one of the largest personal injury verdicts recorded in the State of Indiana. The Judgment for almost $17,000,000 was unanimously affirmed by the Indiana Court of Appeals in St. Mary’s Medical Center of Evansville, Inc. v. Loomis, 783 N.E.2d 274 (Ind. App. 2003).

Since 1999, Mr. Bubalo frequently has represented people injured by defective drugs and devices. Some cases include his appearance in October, 2008 as co-counsel in Stribling v. Wyeth, Superior Court of New Jersey, Bergen County, Docket No.: BER-L-2352-07 MT. Mr. Bubalo presented technical pharmacological evidence to the jury, which awarded Mrs. Stribling $3,000,000 for pain and suffering damages. Similarly, in early 2009, Mr. Bubalo was trial counsel in Kohler v. Wyeth, Superior Court of the State of California, County of Los Angeles, Central Civil West, Diet Drug Case No. DD 004290. The trial sought damages for a young lawyer who had taken Wyeth’s defective drugs, causing her to suffer from the progressive and eventually fatal disease, Primary Pulmonary Hypertension (“PPH”). The trial was broadcast streaming live on the web via www.courtroomview.com, between 3/4/09 to 4/22/09. Mr. Bubalo obtained a $4,000,000 compensatory judgment in Margaret Fraser, et al. v. Wyeth, Civil Action No. 3:04CV1373 (JBA). The jury found that Wyeth had "misrepresented the risks and benefits of Prempro," to Mrs. Fraser's physician and awarded damages as well. 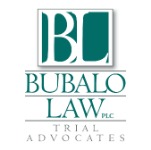 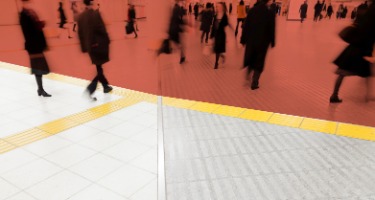