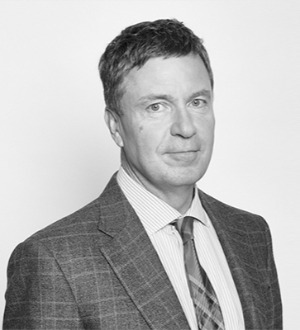 Navigate to map location for Grant B. Moffat Visit the website for Grant B. Moffat at http://www.tgf.ca/lawyers/bio/grant-b.-moffat
Your comment has been submitted!
We have encountered an error and are unable to process your comment at this time. Please refresh the page and try again later.
Add Comment
In making your comments, please do not refer to a pending legal matter.
Share My Profile
Post on Social

Grant is a leading practitioner in the areas of insolvency, restructuring and banking law with a particular emphasis on the exercise of creditors' rights. He frequently acts for chartered banks, insurance companies and other financial institutions and as independent counsel to court officers, such as receivers, bankruptcy trustees and monitors in CCAA proceedings.

Grant is a speaker and writer for various professional associations in matters relating to insolvency law and is a contributor to the Lexis Practice Advisor (Asset Purchase Agreements). Recent papers and presentations include: