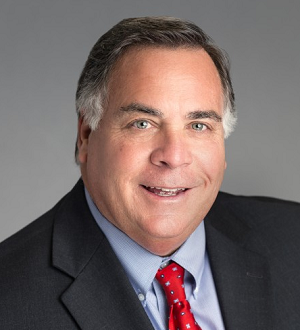 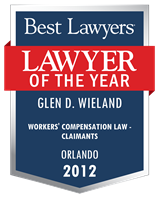 Born and raised in Orlando, Glen Wieland seemed destined to be a lawyer, his father as well as his brothers were attorneys. “My father was a very big influence on all three of us,” he says. “He was one of the original workers’ comp lawyers in town before he sat as a judge for 23 years.”

No surprise that Wieland, who has been practicing for over 34 years himself, has been Board Certified in Workers’ Compensation since 1990. The firm, Wieland, Hilado & DeLattre, represents individuals injured or who have suffered loses as a result of automobile accidents, premises accidents or job-related accidents.

Wieland has served as president of the Florida Workers’ Advocates, a statewide organization of trial attorneys who specialize in workers’ compensation. His other areas of practice include personal injury, automobile negligence, insurance disputes, wrongful death, toxic torts and social security disability.

Wieland completed his undergraduate studies at Presbyterian College in South Carolina before receiving his law degree from The Cumberland School of Law in Birmingham, Alabama. He returned to Orlando in 1982 and began practicing law at Walker & Buckmaster, where he stayed for five years. He left to partner with another attorney for more than 10 years before forming Wieland, Hilado & DeLattre. As one of four attorneys in the firm, Wieland prefers the personal interaction between attorneys that can be found only at a smaller firm. He is admitted to practice in all Florida courts and before the Middle Court of Florida and the U.S. Supreme Court.

He has been selected by his peers to be included as a member of The Best Lawyers in America. He has spoken on behalf of injured workers at national meetings of the National Council of Insurance Legislators. He has also been recognized by Orlando Magazine as one of Orlando’s Best Attorneys. Martindale Hubbell rates attorneys worldwide and has awarded Wieland its highest rating, AV. He belongs to the Million Dollar Advocates Forum devoted only to trial lawyers who have achieved a settlement or verdict of a million dollars or more. He is a Fellow in the American College of Workers' Compensation Lawyers and has been admitted to the Workers' Compensation Hall of Fame by the Workers' Compensation Institute.

Wieland’s parents inspired him with the idea of giving back to the community. His mother was personally recognized by President George W. Bush for having spent over 50 years in continuous volunteer work for the community. He is a past-chairman and trustee for the Orlando Area Trust for the Homeless, Chancellor of Anglican Diocese of the East and Anglican Province of America. He is married to Kennie Wieland and has two children, Billy and David.

The shorter actual testing time may make the FCE less reliable and allow for challenging its validity. 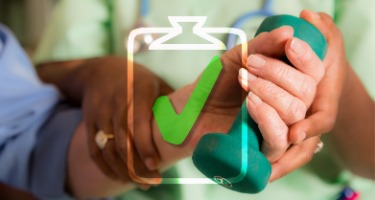