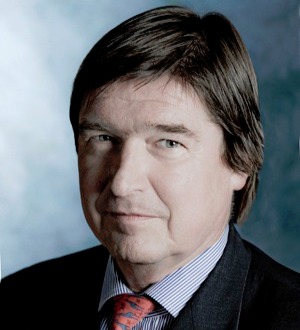 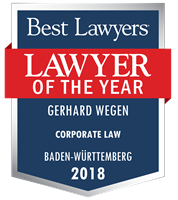 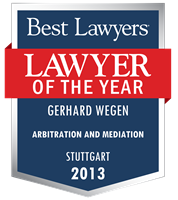 Gerhard’s practice focuses on corporate and M&A. He has an outstanding track record advising international clients in all aspects of cross-border M&A projects. Furthermore Gerhard also participates regularly in international arbitration proceedings as both an arbitrator and a counsel in 135 actual cases.

After training as a bank clerk he studied at the Universities of Hamburg, Geneva/Switzerland, Tübingen and Harvard Law School (LL.M. 1981) (Honorary Phi Delta Phi). Gerhard has been a partner at Gleiss Lutz since 1987. Gerhard was admitted in New York State and SDNY/EDNY 1983, to the US Ct. App. for the Federal District 2007, US Supreme Court 2009 and US Ct. App. for the Second Circuit 2010. He was also admitted as Foreign Attorney in Brussels/Belgium 1987. Gerhard has been an Honorary Professor at the University of Tübingen since 1997.

He speaks German, English and French.

126 The Best Lawyers in Belgium™ awards

15 Best Lawyers: Ones to Watch in Belgium awards