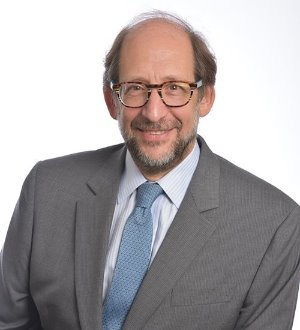 Benedon & Serlin, LLP
Benedon & Serlin, LLP specializes in all aspects of civil appellate litigation and substantive trial motions. We appear in both the state and federal appellate and supreme courts. Both firm members have been certified as appellate law specialists by the State Bar of California Board of Legal Specialization. Our firm and both members are AV rated by Martindale-Hubbell, and both firm members have been Southern California Super Lawyers, in appellate law, from 2004 to the present. In addition, our firm has been recognized for professional achievement in the area of appellate law, and in 2019 received a Tier 1 national and regional ranking for its Appellate Practice by U.S. News – Best Lawyers® "Best Law Firms." We have extensive experience in preparing appeals and writs. When contacted by a potential client, we conduct a preliminary evaluation of the matter and determine the likelihood of success on appeal. Should the client elect to proceed, we conduct all necessary research, prepare all required briefs, present oral argument to the court, and seek or oppose further review in the California Supreme Court or the United States Supreme Court. While the matter is pending, we participate in any ongoing settlement negotiations. Additionally, we assist trial counsel to prepare or oppose substantive trial motions, such as motions for summary judgment, motions in limine, new trial motions, and motions for judgment notwithstanding the verdict. By participating in these earlier stages of litigation, we can help trial counsel preserve issues for appeal, particularly those of first impression or extreme complexity.

Contact Gerald M. Serlin
If you would like this lawyer to contact you directly in regards to a legal matter, please fill in the relative information below. The lawyer will then be sent your inquiry.
Your message was sent successfully!
Legal Disclaimer: Any information sent to Best Lawyers® or referred to a lawyer listed in Best Lawyers® via Internet e-mail or through the Best Lawyers® Web site is not secure and is done so on a non-confidential basis. Communication with Best Lawyers® or an Lawyer listed in Best Lawyers® via Internet e-mail through this site does not constitute or create a lawyer-client relationship. Best Lawyers® does not necessarily endorse, and is not responsible for, any third-party content that may be accessed through this website.
Add Comment
Your comment was saved successfully!
Thank you for your feedback.