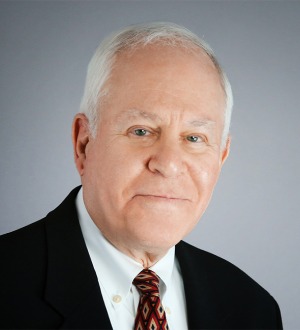 Gerald A. Golden has advised employers for over 35 years on compliance with federal and state employment laws such as the National Labor Relations Act, Family and Medical Leave Act, the Americans with Disabilities Act, and the anti-discrimination and wage-hour laws. He has had extensive experience in collective bargaining, employment contract disputes, non-competition/non-solicitation matters as well as other issues that arise between employers, their employees and union representatives. Gerry regularly practices before the National LaborRelations Board and has tried jury and non-jury employment claims in federal and state courts as well as before U.S. Courts of Appeal. During his career, Gerry has had substantial experience in injunction matters and has tried numerous labor and employment disputes
before arbitrators. In addition, Gerry conducts regular seminars on a wide variety of labor and
employment law issues including periodic legal updates for attorneys and managers.

Gerry has been recognized as a leader in Chambers USA: America’s Leading Lawyers for Business (recommended in “Labor & Employment”) since 2006, and he has also been selected by his peers in Illinois Super Lawyers for the past 10 years.

Gerry is a Fellow of the College of Labor and Employment Lawyers, a professional association honoring the leading lawyers nationwide specializing in the practice of labor and employment law.

U.S. Court of Appeals for the Second Circuit