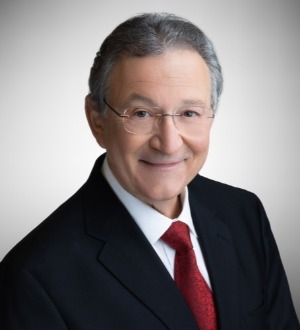 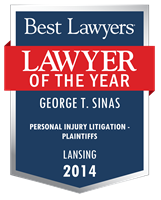 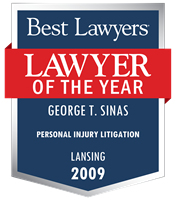 George T. Sinas received his bachelor’s degree from the University of Michigan and his law degree from Wayne State University Law School. He is a past President of the Michigan Association for Justice (formerly the Michigan Trial Lawyers Association) and a past Chairperson of the State Bar Negligence Law Section. Mr. Sinas has been recognized in every edition of the Best Lawyers in America since 1989 in the field of personal injury litigation. He was also recognized by Michigan Lawyers Weekly as one of the “10 Lawyers of the Year” in 2003. Also in 2003, Mr. Sinas received the “Leo A. Farhat Outstanding Attorney Award” from the Ingham County Bar Association. In 2005, Mr. Sinas received the Michigan Brain Injury Association “Legacy Society Professional Service Award” for his work representing the victims of serious brain injury. In 2009, he was named Best Lawyer’s “Lansing Personal Injury Litigator of the Year,” becoming the first Lansing attorney in his specialty to earn the honor. Mr. Sinas has also been recognized by the National Trial Lawyers Association as a “The Top 100 Trial Lawyers” in the field of personal injury law. Mr. Sinas was named the Michigan "Lawyer of the Year" for 2013 by Michigan Lawyers Weekly, and most recently the 2014 "Champion of Justice" by the Michigan Association for Justice.

Mr. Sinas is admitted to practice law in the state of Michigan where he focuses primarily on representing those injured in auto accident cases. 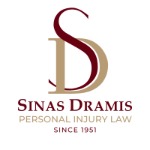