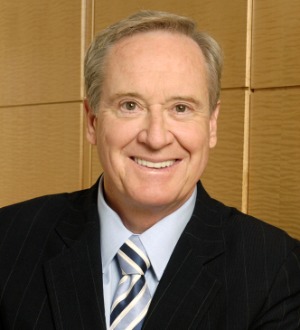 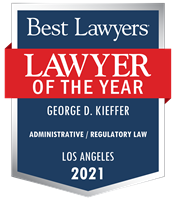 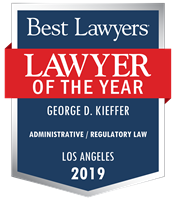 George Kieffer is a partner, chair of the government and regulatory practice, and member of the firm’s Management Committee. Best Lawyers in America has named him Los Angeles “Lawyer of the Year” in the practice area of Administrative/Regulatory Law. He represents companies before Los Angeles city and county and California state government entities in a wide variety of matters, including government contracts, procurement, transactions and policy issues. He has appeared as counsel before LA Metro, the County Board of Supervisors, and a variety of city and county agencies and departments. He has served as counselor to both CEOs and general counsels, as well as public officials, and he oversees both litigation and business transactional matters as principal outside counsel.

George successfully chaired the appointed commission charged with rewriting the charter of the city of Los Angeles. Today, he regularly advises policymakers as well as clients on the application of the charter and related policy issues.

George currently serves as chair of the Board of Regents of the University of California. He also chairs the Los Angeles Civic Alliance and is a former chair of the Los Angeles Area Chamber of Commerce. He is the cofounder of FuturePorts, a coalition of business and civic interests supporting the ports of Los Angeles and Long Beach.

86 The Best Lawyers in America® awards

18 Best Lawyers: Ones to Watch in America awards