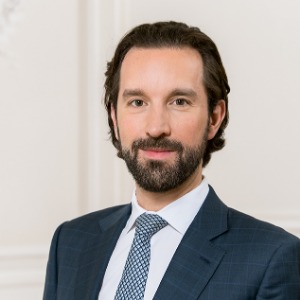 Navigate to map location for Georg Andreas Rauh Visit the website for Georg Andreas Rauh at https://www.vossius.eu/en/attorneys-professionals/profile/dr-georg-andreas-rauh/?L=666
Your comment has been submitted!
We have encountered an error and are unable to process your comment at this time. Please refresh the page and try again later.
Add Comment
In making your comments, please do not refer to a pending legal matter.
Share My Profile
Post on Social

Dr. Georg Andreas Rauh is registered as a German attorney at law and started his career at Vossius & Partner in January 2009. He became partner of the firm in 2014.

His professional practice is focused on advising national and international clients in patent disputes before the German infringement and nullity courts as well as the European and German Patent offices. Right from the start of his career, Dr. Rauh took part in multiple international patent disputes and thus possesses a profound expertise in international patent law as well as the coordination of multi-national patent infringement proceedings. His clients include famous biotech and consumer-electronics companies as well as mechanical, chemical and pharmaceutical companies which are traditionally strong technical fields with regard to patent protection. Apart from his dedication to the forensic practice, Dr. Rauh also advises his clients in the field of licensing, employees’ inventions law, unfair competition as well as antitrust law.

Dr. Rauh is author of multiple publications and regularly lectures on actual topics of German and European patent law. He speaks German and Spanish as a mother tongue, as well as English.