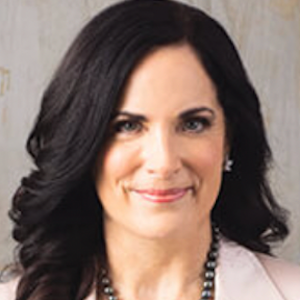 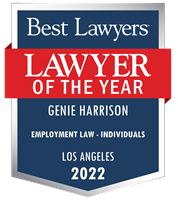 Trial attorney Genie Harrison is recognized by opposing counsel and her peers as a dogged advocate on behalf of her clients. Ms. Harrison provides aggressive representation in every case she litigates and she is truly a resource for her clients as they are navigating the disconcerting waters of employment troubles.

Where possible, Ms. Harrison relishes the opportunity to bring institutional change, which she has been fortunate to accomplish a number of times in her career. This type of change makes working conditions better for all employees, not just her direct clients, and Ms. Harrison loves knowing that those who are not her clients have benefitted from her efforts. After all, helping others is the reason Ms. Harrison became an attorney in the first place.

Ms. Harrison focuses her practice on plaintiff’s employment, civil rights and wage and hour litigation, including in individual and multi-plaintiff cases, as well as in class actions. Ms. Harrison has obtained settlements and verdicts, including through working with other attorneys in trial, in excess of $66 million for her clients.

Employment cases do not often result in seven figure verdicts or settlements, but Ms. Harrison has obtained a number of seven figure results. She has also co-chaired two trials that resulted in eight figure judgments. Of course, Ms. Harrison has also represented countless employees in cases that resulted in five and six figure outcomes as well. In fact, some of her most satisfying cases are modest in dollar value, but immense in human value. In those cases, her clients often keep their jobs, make up for the harm they suffered, move on with their lives and avoid the drain on their lives that comes from being involved in litigation. The results Ms. Harrison has obtained speak for themselves – both in terms of compensation obtained for her clients who have been harmed and in terms of the change she has created.

Ms. Harrison also works to advance the trial skills of plaintiffs’ counsel through her volunteer work on boards and committees of various trial lawyer organizations, through her training and speaking at numerous conferences throughout the state over the year, and through writing various published articles. Significantly, Ms. Harrison has served in the following capacity for various organizations:

Genie Harrison is an outstanding advocate for plaintiffs in employment and civil rights cases. She does this work because she believes that you deserve justice.