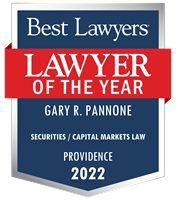 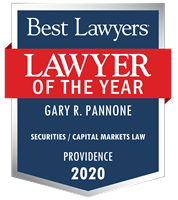 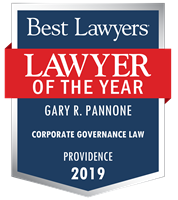 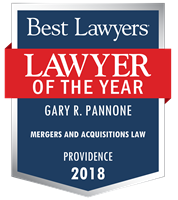 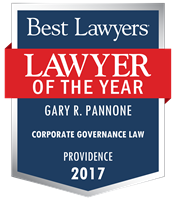 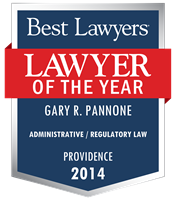 Gary R. Pannone is the Managing Principal of Pannone Lopes Devereaux & O'Gara LLC and has been representing closely held business owners for thirty years. He is an experienced business lawyer specializing in the areas of business formations, corporate restructuring, mergers, acquisitions and corporate compliance. His practice includes the representation of nonprofit organizations with respect to consolidations, and mergers and acquisitions. In addition to his role as Managing Principal of the firm, Attorney Pannone serves as the team leader for the Health Care Law, Corporate & Business Law and Nonprofit Organizations teams.

Attorney Pannone serves on several boards and governance committees of nonprofit organizations. He is a former Town Solicitor and has served as special counsel to several municipalities. He is also a frequent lecturer and author in the areas of health care law, corporate compliance, board governance and best practices. Prior to co-founding Pannone Lopes Devereaux & O'Gara LLC, Attorney Pannone served as the managing partner of the Providence office of Holland & Knight LLP.

He is a prominent member of the legal community and was honored by his peers and judges with the AV Preeminent rating from Martindale Hubbell, which is the highest rating based on both legal ability and ethics. In addition, for over a decade he has been annually selected by his peers for inclusion in The Best Lawyers in America in his practice areas and named Best Lawyers “Lawyer of the Year” in Rhode Island for multiple years. He has also been recognized by Chambers USA, Super Lawyers and Corporate Counsel. In 2020, he was a recipient of an “Excellence in the Law” Hall of Fame award by Rhode Island Lawyers Weekly for his lifetime achievements and outstanding professional accomplishments in the legal community. He is a Fellow of the American Bar Foundation, the nation’s leading research institute for the study of law.

Attorney Pannone received his J.D. from Suffolk Law School after earning his undergraduate degree in Finance and Accounting from the University Of Notre Dame. He is admitted to practice law in Rhode Island and the U.S. District Court for the District of Rhode Island.

CONSIDERATIONS IN PURCHASING A UNIONIZED BUSINESS

CONSIDERATIONS IN PURCHASING A UNIONIZED BUSINESS

MANAGING THE DUE DILIGENCE PROCESS FOR INVESTORS AND ENTREPRENEURS

MANAGING THE DUE DILIGENCE PROCESS FOR INVESTORS AND ENTREPRENEURS

THE INTERSECTION OF LEGAL AND BUSINESS ISSUES

THE INTERSECTION OF LEGAL AND BUSINESS ISSUES

TECHNOLOGY – A KEY FACTOR DRIVING SUCCESS IN THE CONSTRUCTION INDUSTRY

TECHNOLOGY – A KEY FACTOR DRIVING SUCCESS IN THE CONSTRUCTION INDUSTRY

CHALLENGES IN THE CONSTRUCTION INDUSTRY

CHALLENGES IN THE CONSTRUCTION INDUSTRY

Managing Impacts of the Coronavirus in the Construction Industry

Managing Impacts of the Coronavirus in the Construction Industry