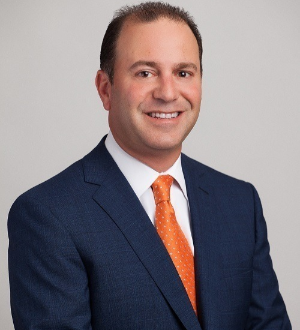 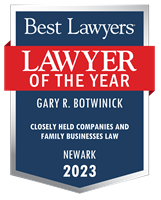 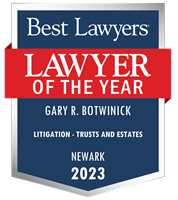 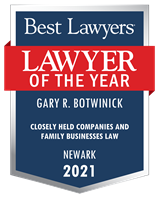 Gary Botwinick chairs the firm’s Taxation/Trusts & Estates Department. He joined the firm in 1998, becoming Partner in 2001. His career began in the IRS Manhattan District Counsel Office, where he tried civil cases before the U.S. Tax Court. In 1996, he became an associate with a large law firm in Morristown, NJ. As an Adjunct Professor at Fairleigh Dickinson University, Mr. Botwinick taught the Estate Planning component of the University’s Certified Financial Planner program. He is a frequent lecturer for the New Jersey Institute of Continuing Legal Education, as well as many other professional organizations. He has authored several articles that have appeared in the New Jersey Law Journal and other publications.

Mr. Botwinick was named to the prestigious “40 Under 40” issue of the New Jersey Law Journal, a publication profiling attorneys who have distinguished themselves in their practice at a young age. In 2006, Mr. Botwinick was elected as a Fellow of the American College of Trust and Estate Counsel, a national peer-nominated organization of attorneys who have demonstrated the highest level of integrity, commitment to the profession, competence and experience as trust and estate counselors. Mr. Botwinick is the former President of the Estate Planners Council of Northern New Jersey and served on the board for five years. He is currently a member of the Board of the Grotta Fund of the Jewish Community Foundation of Greater Metrowest New Jersey and has been appointed by Governor Chris Christie as a Commissioner of the New Jersey Israel Commission.