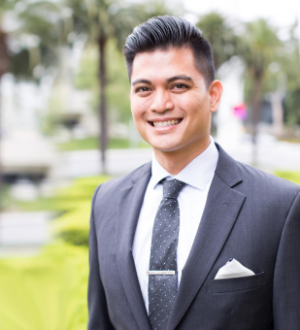 Gabriel Mendoza is an associate attorney at Easton & Easton, LLP, and focusses his practice on representing injured persons. Gabriel’s passion to seek justice for personal injury victims drew him to Easton & Easton. Prior to law school, Gabriel was a paralegal for a personal injury law firm, where he experienced first-hand the inequities of a system that desired to take advantage of victims who had been harmed by the negligence of others, which sought to pay these victims as little as possible for the pain and suffering they endured. Gabriel realized that a strong and zealous advocate was needed to combat these inequities, and therefore he decided to become an attorney.

Gabriel has made an immediate impact at Easton & Easton, assisting in obtaining a six-figure settlement within his first month here. Gabriel knows that each person that walks through the doors of his firm has been harmed in some way and has a unique story to tell. He excels in bringing that story to light in a compelling, persuasive, and convincing manner. Now having been with the firm for more than five years, he has been an integral part to the team. He believes in a strong litigation posture, which allows him to orchestrate larger settlements for his clients. In 2019, he settled an $800,000 automobile accident case for his client, and a $740,000 automobile accident for another. He was also integral in mediating a hotly disputed premises liability action that he assisted in settling for $1,997,000.

Gabriel has always had a strong commitment to advocacy, which is evident through his time at law school and in his legal career. While in law school, Gabriel was a member of Whittier’s Trial Advocacy Honors Board and Moot Court Honors Board, where Gabriel competed on multiple occasions. At the onset of his career as an attorney, Gabriel focused his practice on all things litigation, which includes extensive experience in drafting complaints, law and motion, legal research & writing, and trial preparation.

Gabriel has always had a strong commitment to his community and serving others. At UCI, Gabriel was a Life C.O.A.C.H. for UCI’s counseling department, where he assisted people in overcoming hurdles in their life. Gabriel was also a member of a Jump Start Program and Criminology Outreach Program that allowed him to mentor students in the Orange County area, with a focus on developing children’s goals towards obtaining higher education.

Gabriel is married to his wonderful and supportive wife, Dr. Kelsey Mendoza, who is a psychologist that practices in Orange County. Gabriel has a love for sports, especially for basketball with his favorite team being the Los Angeles Lakers. He enjoys reading, CrossFit, hiking, and finding ways to volunteer and give back to the community.