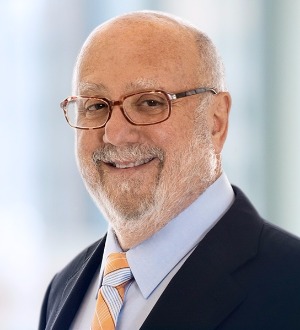 Skadden, Arps, Slate, Meagher & Flom LLP
"Fred Goldberg is a maestro. He is practical, tenacious, and a pleasure to work with. His counsel is invaluable. We call him "Don" Goldberg at Access."

"Fred Goldberg is a one-of-a-kind lawyer. He has a remarkable intellect and phenomenal problem-solving skills."

Fred Goldberg is co-head of the firm’s Tax Group and global co-chair of the firm’s Diversity Committee. Mr. Goldberg first joined Skadden in 1986, following two years as chief counsel of the Internal Revenue Service. From 1989 until 1992, Mr. Goldberg served as commissioner of the IRS, and during 1992 he served as assistant secretary of the Treasury for Tax Policy. He returned to Skadden in December 1992.

Working with his Tax Department colleagues in Skadden’s Washington, New York, Chicago, Los Angeles and overseas offices, Mr. Goldberg’s practice during the past several years has focused on advising clients as special tax counsel on sensitive matters, and representing clients on tax controversies and IRS administrative and regulatory proceedings. Mr. Goldberg also has advised many REITs, including timber and other non-traditional asset REITs, in obtaining private letter rulings from the IRS and handling REIT controversy matters.

Mr. Goldberg advises clients as special counsel on a wide range of complex transactional and compliance matters. In addition to advice regarding novel tax administration issues, he has directed compliance and management reviews on behalf of senior executives and boards of directors of various companies. On a selective basis, Mr. Goldberg counsels clients on legislative matters. Mr. Goldberg has represented clients and groups of companies on issues of industry-wide significance in administrative proceedings before the IRS and the U.S. Department of Treasury, including on behalf of companies in the following industries: airline, automotive, banking, consumer products, health care, heavy manufacturing, insurance, investment, pharmaceutical, professional services, telecommunications and utilities.

Mr. Goldberg represents business, tax-exempt and individual clients during all phases of civil audit, administrative appeals and litigation. In recent years, a primary focus of Mr. Goldberg’s practice has been working with clients on innovative and high stakes dispute resolution efforts in disputes with the IRS. Among the controversy matters he has worked on are tax accounting issues, transfer pricing, IRS challenges to R&E and energy tax credit claims, placed in service issues, IRS challenges to various capital market transactions, the status of tax-exempt bonds, the examination of tax-exempt organizations, the tax treatment of corporate distributions and reorganizations, the valuation of going concerns, international restructuring transactions, the tax treatment of insurance contracts, and compliance with information reporting and withholding rules.

"Fred Goldberg is a maestro. He is practical, tenacious, and a pleasure to work with. His counsel is invaluable. We call him "Don" Goldberg at Access."

"Fred Goldberg is a one-of-a-kind lawyer. He has a remarkable intellect and phenomenal problem-solving skills."