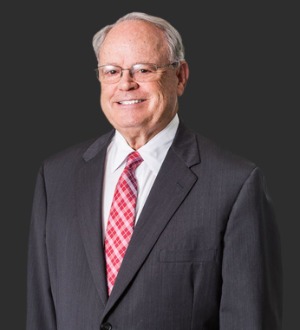 Navigate to map location for Fred Miles Visit the website for Fred Miles at https://www.gtlaw.com/en/professionals/m/miles-fred
Your comment has been submitted!
We have encountered an error and are unable to process your comment at this time. Please refresh the page and try again later.
Add Comment
In making your comments, please do not refer to a pending legal matter.
Share My Profile
Post on Social

Fred Miles is the Founder of Miles & Peters, P.C. Mr. Miles is a nationally-recognized expert in health law and has been named as one of the “Best Lawyers in America” published by Naifeh & Smith, the prestigious attorney ranking organization, continuously since 1992 (when this category of practice was first recognized). He has also been named a Colorado “Super Lawyer” by several publications over the course of the last ten years. He counsels health care professionals, providers and their ownership groups on licensing issues and Medicare/Medicaid certification. Mr. Miles has also provided legal counsel to the Colorado Health Care Association, the Colorado Association of Nurse Anesthetists and the American Association of Nurse Assessment Coordinators. He has also served as a Special Assistant Attorney General to the Colorado Departments of Human Services and Health Care Policy and Financing.

Mr. Miles regularly conducts educational programs for various health care professional associations and continuing education groups, including the American Care Association and its affiliates. He annually gives an in depth legal update at the Colorado Health Care Association’s Annual Convention that reviews national and state legal developments over the course of the last year. He is also a frequent lecturer at national seminars sponsored by the American Health Lawyers’ Association and the American Association of Nurse Assessment Coordinators.

In 1989, Mr. Miles was appointed as founding Chair of the American Health Care Association’s Legal Committee, on which he still serves as an active member. This select group of experienced lawyers with national health care expertise monitors legal matters affecting the long term profession and recommends specific legal involvement in cases and regulatory matters to the Association’s Board of Directors and Executive Committee.

507 The Best Lawyers in America® awards

227 Best Lawyers: Ones to Watch® in America awards