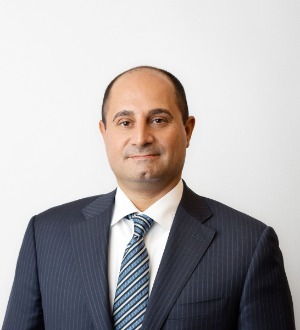 Frank A. Sommario is a Partner at Romanucci & Blandin, LLC in Chicago, where he practices as a petitioner's workers' compensation lawyer. Frank was admitted to the Bar in Illinois (2000), Minnesota (2001), and District of Columbia (2001). He received his Juris Doctorate from DePaul University College of Law in 2000. He is a Certified Public Accountant (1998), who received his Bachelor’s degree in Commerce/Accounting from DePaul University in 1997. He became a Registered Investment Advisor in 2003.

In addition to practicing law, Frank is active in several professional organizations. He has served two three-year terms on the Board of Governors of the Illinois State Bar Association (ISBA). He acted as the Board Liaison to the Workers' Compensation Law Section Council, the Federal Taxation Section Council, and the Standing Committee on Law Office Management & Economics. He is a Silver Fellow of the Illinois Bar Foundation, the charitable arm of the ISBA.

For his successes representing injury victims, Frank was named an Illinois' Super Lawyer by Super Lawyers ® for the years 2016-2017. He was previously named an Illinois’ Rising Star by Super Lawyers ® for the years 2010-2015. He also was also named a Leading Lawyer in 2016-2017 and an Emerging Lawyer in 2015 by Law Bulletin Publishing Company’s Leading Lawyers Division. In addition, in 2012, Frank was named one of 40 Illinois Attorneys Under Forty to Watch by Law Bulletin Publishing Company. In 2015, Frank was appointed to the Illinois Workers’ Compensation Commission (IWCC) Rules Committee by Chairman Joann Fratianni. Frank also sits on the Board of Directors of the Synapse House, which works with individuals who have suffered from traumatic brain injuries and strokes.

Born in Melrose Park, Illinois, Frank was raised by his parents, Frank, a Lieutenant in the Melrose Park Police Department, and Mary Jo, a librarian for School District 89. Frank currently resides in Elmhurst with his wife, Gina, and children, Angelina, Isabella, Sophia, and Frank, Jr.