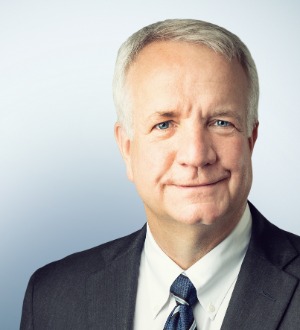 Navigate to map location for Eric Mahr Visit the website for Eric Mahr at https://www.freshfields.us/contacts/find-a-lawyer/m/mahr-eric
Your comment has been submitted!
We have encountered an error and are unable to process your comment at this time. Please refresh the page and try again later.
Add Comment
In making your comments, please do not refer to a pending legal matter.
Share My Profile
Post on Social

Eric is an antitrust and litigation partner in our Washington, DC office, and co-chair of the firm’s global antitrust litigation group.

Eric specializes in US antitrust litigation. For the past 20 years, he has represented clients in complex, high-stakes cases at trial and on appeal in federal district and appellate courts throughout the United States.

He has defended clients in civil and criminal investigations, enforcement actions, and other regulatory proceedings both in the United States – before the US Department of Justice (DOJ) and the Federal Trade Commission (FTC) – and in Europe, before the European Commission and numerous national competition authorities. Most recently, Eric was lead trial counsel in FTC v. RAG Stiftung, et al, in which Freshfields defeated the FTC’s attempt to block our client Evonik’s proposed acquisition of PeroxyChem in the North American hydrogen peroxide marketplace. Our trial victory marked the FTC’s first loss in a litigated merger challenge since 2015 and only the second time in the last 20 years that the Commission chose not to challenge a trial loss on appeal.

Prior to joining Freshfields, Eric served as the Director of Litigation for the DOJ's Antitrust Division from 2015 through 2017. In that role, he oversaw the Division's antitrust enforcement actions, with a focus on civil litigation and trials. The Division filed more than 10 contested cases during his tenure and prepared for litigation in many more. Of the cases filed, the Division tried three to final judgment and won them all (US v. Aetna/Humana, US v. Anthem/Cigna and US v. EnergySolutions/WCS).

"Eric Mahr has outstanding expertise, responsiveness, and quality of communication. He is pragmatic and cost-conscious."