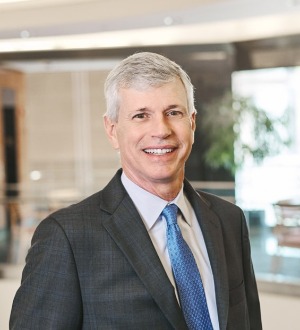 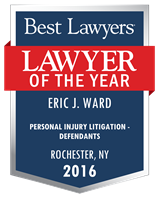 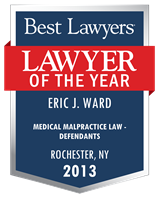 Rick is a seasoned trial attorney. He has tried nearly 100 civil jury cases and won the overwhelming majority of them. He honed his trial skills as a medical malpractice defense lawyer and still enjoys handling those cases today. Over the years, Rick’s practice has expanded to include a variety of business and intellectual property disputes, and he currently spends much of his time representing clients in significant breach of contract and patent infringement matters in courts across the country. With extensive experience representing high-tech companies and universities, he is comfortable working with a range of technologies – from medical devices to consumer and office products to industrial equipment – and with experts in a variety of highly specialized fields.

Jury trials are rare today, but Rick still appreciates the chance to try a case where doing so is in his client’s best interests. In a recent contract dispute over the development of cutting edge technology, he represented a multinational corporation against a large, well-known company and won a jury verdict of over $15 million – a verdict that was summarily affirmed on appeal. Rick also counts among his trial victories employment and high-exposure medical malpractice and other personal injury cases. He has successfully resolved numerous other cases for his clients through arbitration or mediated settlements. In addition to his role as an advocate, Rick also serves as a mediator for the U.S. District Court for the Western District of New York. But he is most proud of his ability to understand what matters to his clients and then efficiently and effectively deliver on those objectives.