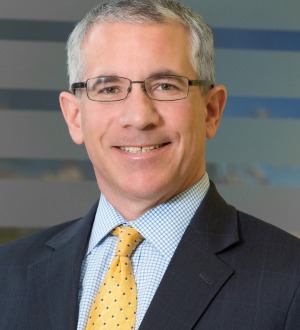 Eric Liebman has represented the business and litigation interests of public and private companies and individuals for over 20 years. He has substantial experience in a broad range of complex commercial litigation matters across industry segments. Eric counsels clients in litigation relating to:

Focused on efficient, economic dispute resolution, Eric realizes that litigation is not always the best or only solution to achieve favorable results. He has in-depth experience with alternative dispute resolution, including arbitration and mediation. His comprehensive litigation experience also provides him with the expertise to handle related transactional matters, such as in the industries of banking, cannabis law, construction, and real estate.

Eric has conducted more than 100 jury trials, bench trials, arbitrations, and evidentiary and procedural hearings, including defending against several class action cases. These have taken place in the federal, bankruptcy, and state courts, before arbitral hearing panels, as well as in several administrative agencies and self-regulatory organizations. He has also briefed and argued numerous appeals, in federal and state courts of appeal, the Colorado Supreme Court, and before self-regulatory organizations.

Eric has handled numerous proceedings in other states, including Wyoming, New York, Florida, Michigan, Illinois, and Texas. In addition, he has extensive experience in cases before:

Eric has taken and defended over 100 depositions in Colorado, California, Arizona, Texas, Illinois, Iowa, Wisconsin, Florida, New York, New Jersey, Massachusetts, Pennsylvania, and Michigan, as well as abroad in London, England; Dusseldorf, Germany; and Larnaka, Cyprus. Eric has also represented clients in almost 100 mediations throughout Colorado, as well as in Michigan and Illinois.

Eric is committed to giving back to the community. He served on the Board of Family Star, a nonprofit that provides early education opportunities to underserved populations, and is a past recipient of the CBA’s Metro Volunteer Lawyers Award.

Eric is licensed to practice law in Colorado and Illinois. He has been admitted to practice by courts in Arizona, Florida, Michigan, New York, Texas, and Wyoming.