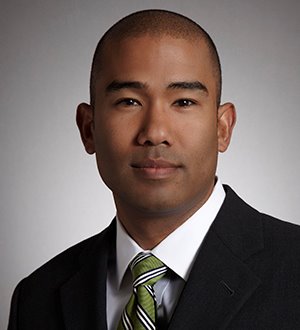 Navigate to map location for Eric Akira Tate Visit the website for Eric Akira Tate at https://www.mofo.com/people/eric-tate.html
Your comment has been submitted!
We have encountered an error and are unable to process your comment at this time. Please refresh the page and try again later.
Add Comment
In making your comments, please do not refer to a pending legal matter.
Share My Profile
Post on Social

Eric Tate serves as the co-chair of our Employment and Labor Group and co-chair of our Diversity Strategy Committee. He represents companies in trade secrets, employee raiding and mobility, unfair competition, wage and hour, employment discrimination and whistleblower litigation, and in counseling matters. He has litigated various employee claims including, for example, discrimination and harassment, wrongful termination, and the interpretation of collective bargaining agreements in both state and federal courts. In particular, Mr. Tate has litigated issues involving trade secret misappropriation, employee and customer raiding, and unfair competition both within and outside of the United States.

Mr. Tate recently published "Protect Your Investments: Recent Developments In California Law Regarding Non Competition Agreements and Other Restrictive Covenants" in NVCA Today; "Microinequities: Can Bad Behavior Be Actionable?" in The National Law Journal; and "The When, Who and How of Workplace Investigations" in The Practical Litigator. He is a contributing editor for Trade Secrets (Law and Business) and serves on the Board of Review for leading BNA treatises Trade Secrets: A State-by-State Survey; Covenants Not to Compete;Employee Duty of Loyalty; and Tortious Interference in the Employment Context.

Mr. Tate is active in the American Bar Association’s Employment Rights and Responsibilities Committee, serving as employer vice-chair for the 2014 ABA Labor and Employment Law CLE Conference; co-chair of the Covenants Not to Compete and Trade Secrets Subcommittee; and as a past co-chair of the Alternative Dispute Resolution, Employment At-Will and Collateral Torts, and Worker Dislocation Subcommittees. He also served as past co-chair of the ABA’s Annual Meeting Committee was on the planning committee for the National Employment Law Council’s 2013 Annual Conference. Mr. Tate is also a mediator for the Northern District of California’s Alternative Dispute Resolution Program.

Mr. Tate is active in community endeavors. He founded and is a former president of the board of directors of Hapa Issues Forum, Inc., a nonprofit community organization that addresses issues relating to persons of partial Asian descent. In addition, Mr. Tate is a past president of the board of directors of the Japanese Cultural and Community Center of Northern California. He is also a member of the INROADS Alumni Association and serves as a mentor for students in the Level Playing Field Institute’s IDEAL Scholars Program.

Mr. Tate has been recognized by San Jose magazine as one of Silicon Valley's Top 300 lawyers, as a Super Lawyer by Northern California Super Lawyersmagazine, and as one of the Daily Journal's "Top 20 Under 40." He has also been listed in Legal 500 US and Best Lawyers in America.

103 The Best Lawyers in America® awards

61 Best Lawyers: Ones to Watch® in America awards