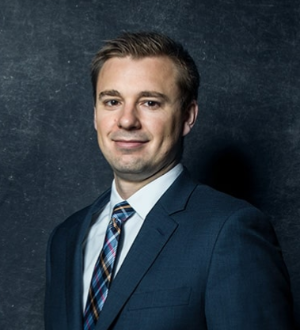 Send Eric Aitken an email at eaitken@mcewanpartners.com Navigate to map location for Eric Aitken Visit the website for Eric Aitken at https://www.mcewanpartners.com/people/eric-aitken-vancouver-commercial-litigation-lawyer/
Your comment has been submitted!
We have encountered an error and are unable to process your comment at this time. Please refresh the page and try again later.
Add Comment
In making your comments, please do not refer to a pending legal matter.
Share My Profile
Post on Social

Eric Aitken is a senior associate at the firm with a focus on commercial litigation. He acts regularly as counsel in complex corporate-commercial matters, including contractual claims, shareholder actions, fraud claims and professional negligence cases. Eric also acts for clients in administrative and regulatory matters and has acted in proceedings before the Securities Commission, Health Professions Review Board and the Association of Professional Engineers and Geoscientists.

Eric has appeared before all levels of court in British Columbia and has acted for clients in both domestic and international arbitrations.

Recognized in Best Lawyers: Ones to Watch in Canada 2022 for work in: