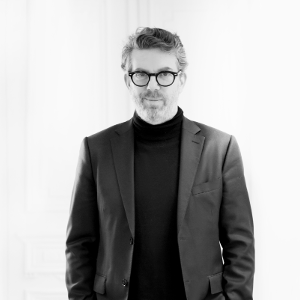 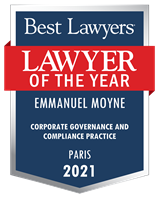 After his final internship at Rambaud Martel in 1996, he started his career as an in-house counsel at an asset management firm, White Gestion SARL, a subsidiary of Goldman Sachs, and joined the Paris bar the same year. Then, he practiced for ten years within the Litigation and White-Collar Crime department of Gide Loyrette Nouel, before joining as a Counsel the Dispute Resolution practice of Linklaters in 2007.

Emmanuel has been involved in white collar crime matters, in civil and commercial disputes as well as in industrial and environmental accidents. He advises his clients in complex procedures that may involve several foreign jurisdictions and may concern, among other issues, misuse of company assets, breach of trust, swindle, laundering, misappropriation of data and secrets, counterfeiting, cybercrime, endangering life, manslaughter and unintentional injuries, pollution, abandoned waste or infringements relating to classified installations and nuclear facilities.

His areas of expertise include sectors like energy, defence, aerospace, chemicals, hotels, luxury and art as well as the banking industry.

Emmanuel has been involved in notorious white collar crime matters, including sensitive financial and political matters, and environmental criminal matters. In particular, he successfully represented a large industrial group in civil and criminal disputes against environmental NGOs, a major public institution following misappropriation of around 8.5 million euros by a former accountant or a renowned international hotel group to which its former counsel claimed around 20 million euros success fees for lost opportunities. He also obtained a ruling from the Criminal Chamber of the Cour de cassation extending damage to property to every intangible property capable of appropriation, including all audiovisual records.

He also advises clients in sensitive bribery matters and contributed to the drafting of anti-corruption legislation in a foreign country.

He led several internal investigations and he assists large firms regarding the design, the content and the implementation of their internal procedures. Emmanuel was a Secrétaire de la Conférence des Avocats of the Paris bar in 2000, in which year he pleaded as a duty lawyer for around seventy clients before correctional and criminal courts.

He participates in the training of agents from the Ministry for culture and its regional directorates.

Emmanuel is the co-author of various articles on the European Arrest Warrant, the protection of business secrets, bribery and criminal risk management. He is also the co-author of the French chapter of the Anti-Bribery and Anti-Corruption Review (Law Business Research, 2012, 2013, 2014 & 2015) and From ‘Baksheesh’ to Bribery : Examining the Global Fight Against Corruption and Graft (Oxford University Press, forthcoming).

"As efficient in advising as in representing before courts", Emmanuel, "whose strategy in matters is never found defeated", is viewed as "a sharp mind, dedicated to his clients at any time, paying very close attention to every detail of the file, with such an analytical sharpness that he stands out as a reference counsel for strategic matters" (Legal 500). Décideurs Magazine ranks him among "Essential" lawyers in white-collar crime and "Excellent" ones in commercial litigation and international investigations.

3 The Best Lawyers in France™ awards

5 Best Lawyers: Ones to Watch in France awards