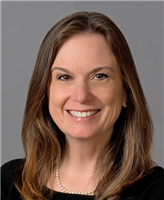 Ellen L. Maxwell-Hoffman is a partner in the Charleston office of Bowles Rice. She concentrates her practice in the areas of general corporate and commercial law, including acquisitions and finance, antitrust compliance and corporate governance and economic development.  She frequently provides legal counsel regarding the West Virginia Governmental Ethics Act, federal and state election law, in particular as to the administration and operation of political action committees, and the professional rules of ethics governing lawyers in West Virginia.

She was recognized by the 2016 edition of Chambers USA: America’s Leading Lawyers for Business among “Leaders in their Field” for Corporate/Commercial Law. She is recognized by Best Lawyers in America in the area of Ethics and Professional Responsibility Law.