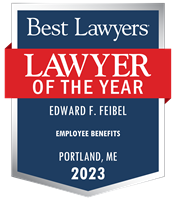 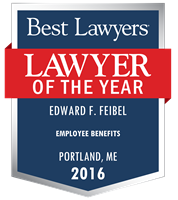 Ed’s practice covers all aspects of employee benefits. He works primarily with employers in the establishment, operation and maintenance of tax-qualified retirement plans, retirement plans for tax-exempt and governmental entities, Taft-Hartley plans, cafeteria plans, health care and other welfare and fringe benefit programs and executive compensation arrangements. A significant portion of Ed’s time is devoted to resolving compliance issues under the Internal Revenue Code and ERISA. Ed represents large and small businesses, nonprofit organizations and governmental entities; he also has an active practice preparing qualified domestic relations orders for individuals going through divorce. Ed also represents executives in the negotiation and documentation of executive compensation arrangements. Ed regularly works with many of the banks, investment managers, stockbrokers, actuaries, third-party administrators, insurance companies and insurance brokerages active in northern New England. Although most of his clients have been located in Maine and New Hampshire, Ed has worked with clients located in Massachusetts, New York, Texas and California and with clients headquartered in Canada.

Prior to joining Eaton Peabody Ed was a solo practitioner for 19 years. Prior to establishing his solo practice in September 1991 Ed was associated with Drummond, Woodsum & MacMahon in Portland, ME, from April 1987 through August 1991, where his practice emphasized employee benefits and executive compensation. From November 1982 through February 1987 he was an associate in the Washington, D.C. office of Fried, Frank, Harris, Shriver and Jacobson, one of the nation’s largest law firms. During his tenure with Fried, Frank Ed’s practice emphasized executive compensation, transactional business/tax planning and general corporate practice. Between college and law school Ed held a variety of jobs, including two years (1975-77) as a construction worker in Oslo, Norway. He retains a very basic knowledge of Norwegian.