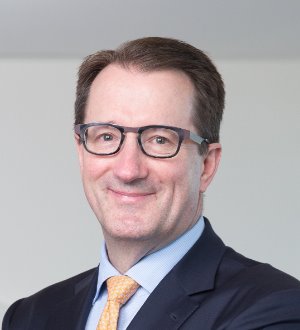 Donald B. Jarvis, a Partner at Filion Wakely Thorup Angeletti LLP, is a graduate of Queen's University and Dalhousie Law School. He was admitted to the Ontario Bar in 1988. Mr. Jarvis's practice involves the representation of management in all areas of labour relations, human rights, workers' compensation and employment law, including acting as spokesperson at collective bargaining negotiations. He regularly represents both public sector and private sector employers before labour boards, arbitration boards, human rights tribunals, the courts, and other employment-related administrative tribunals.

Mr. Jarvis has been certified by the Law Society of Upper Canada as a Specialist in Labour Law since 1998 and regularly authors and presents articles and papers on topical labour and employment law matters to employer groups and labour/employment law practitioners. He is the co-author of the Thomson Carswell publication, HR Manager's Guide to Discipline and Termination (now in Second Edition). Mr. Jarvis is a Past Chair of the Labour Relations Section (2003-2004) of the Ontario Bar Association and was an Executive Member of the Labour Relations Section of the OBA between September 2000 and June 2005. In June 2009, he was elected to serve on the Board of Directors of The Advocates' Society for a three-year term (June 2009-June 2012). Mr. Jarvis is AV Preeminent Peer Review Rated by Martindale-Hubbell and is listed in the 2015 Edition of the Lexpert Legal Directory.

14 The Best Lawyers in Canada™ awards