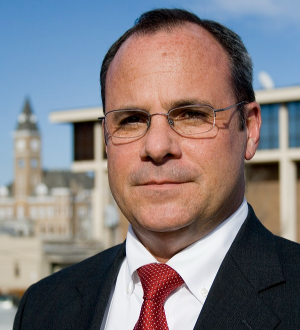 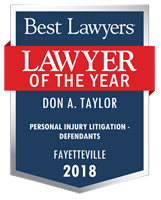 Don A. Taylor was born in Pine Bluff, Arkansas, on March 27, 1964, and admitted to the Arkansas Bar in 1989. He received his education from Hendrix College (B.A. in 1986) and from the University of Arkansas at Little Rock (J.D. with High Honors in 1989). While in law school, he served as research editor of the University of Little Rock Law Journal, 1988-1989. He is a member of the Arkansas and Washington County Bar Associations, a fellow in the American College of Trial Lawyers, serving as the Arkansas State Chair in 2014. He is also a member of the American Board of Trial Advocates and the Arkansas Association of Defense Counsel. He is rated AV-Preeminent by Martindale-Hubbell and is listed in Best Lawyers in America. He was given the Outstanding Defense Attorney Award by the Arkansas Association of Defense Counsel for 2014-2015.

Practice Areas: Don has a general trial practice, including commercial cases, products liability defense, medical malpractice defense and construction/industrial accident defense. However, Don's primary area of practice has involved most aspects of insurance law, including standard insurance defense, defense of direct actions against insurance carriers, bad faith litigation, coverage opinions and loss investigations with a heavy emphasis in fire losses. Don is also approved counsel for the Grocery Manufacturers Association. He has trial experience in both federal and state courts.