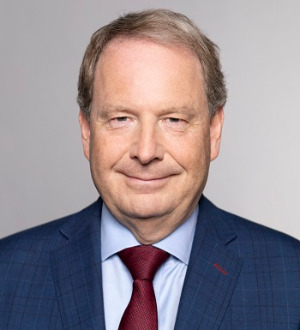 Detlev Stoecker studied law in Berlin, Germany and was a trainee in Berlin, Speyer, Germany and Gothenburg, Sweden. During his studies and his traineeship, he was also a tutor, and later a research assistant in the faculty for administration and politics at the Freie Univerität Berlin, Germany. After working on a project as a research assistant for the Federal Health Authority, he was admitted to the German Bar in 1981 and as a notary public in Berlin in 1991. He is a member of the German Institution of Arbitration (DIS) and the Swedish Chamber of Commerce in the Federal Republic of Germany and in 1993, joined Luther’s predecessor firm as a Partner. In July 2022, Detlev Stoecker joined Andersen as a partner.

Detlev Stoecker advises national and international investors on real estate transactions in various different forms (asset and share deals) acting on behalf of both the purchaser and the seller from the initial structuring of the acquisition, due diligence reviews, the drafting of contracts and negotiations, providing financial and contract management advice up to and including the closure of the transaction. This encompasses already existing real estate and real estate portfolios as well as real estate projects, including disputes both in and out of court. As a notary public, Detlev Stoecker drafts and notarises contracts, for example, for the purchase of assets, real estate transactions, the incorporation and restructuring of companies as well as deeds for individuals.

9 The Best Lawyers in Germany™ awards