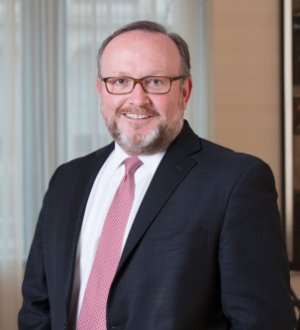 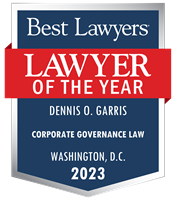 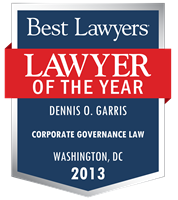 Dennis O. Garris is partner-in-charge of the firm’s Washington, D.C. office and is the former co-head of the firm’s securities, mergers and acquisitions practices. His practice focuses on securities and complex Securities and Exchange Commission (SEC) regulatory and disclosure matters and mergers and acquisitions. Mr. Garris is a nationally known expert on SEC regulatory matters, including the proxy rules, tender offer rules, going-private rules and beneficial ownership reporting rules. From October 1997 until early 2003, he served as chief of the Office of Mergers and Acquisitions, in the Division of Corporation Finance at the SEC. He began his career at the SEC in 1992.

As head of the SEC’s Office of Mergers and Acquisitions, Mr. Garris oversaw regulation of domestic and cross-border M&A transactions and the statutory and regulatory interpretive functions of the SEC as they relate to domestic and international tender offers, exchange offers and business combinations, issuer tender offers (including debt buybacks), proxy solicitations (both contested and non-contested), going-private transactions and beneficial ownership reporting. Mr. Garris worked closely with the SEC’s Division of Enforcement on enforcement matters involving M&A and beneficial ownership reporting issues.

240 The Best Lawyers in America® awards