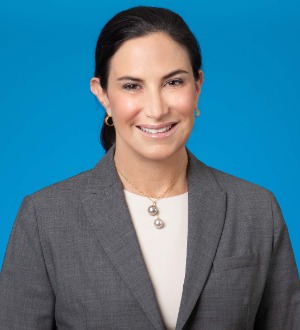 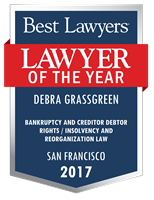 Ms. Grassgreen has significant experience representing debtors, trustees, and creditors’ committees in large chapter 11 cases nationwide and internationally. Ms. Grassgreen is an author and frequent speaker on various bankruptcy-related topics including the management of large and complex chapter 11 cases, the treatment of intellectual property rights in bankruptcy, issues in technology bankruptcy cases, cross-border bankruptcy issues, and issues facing individual chapter 11 debtors. Ms. Grassgreen participates in the United Nations working group (UNCITRAL) that has been developing a uniform international insolvency law and materials to assist countries in the adoption and implementation of insolvency legislation.

Ms. Grassgreen has been named by the Daily Journal as one of the top 100 women lawyers in California for several years, including in 2016. She is president of the International Insolvency Institute, a fellow in the American College of Bankruptcy, and has been listed in Best Lawyers in America every year since 2001 for her work in both Bankruptcy and Creditor Debtor Rights / Insolvency and Reorganization Law and Litigation - Bankruptcy. She is listed in Who’s Who Legal: Thought Leaders—Global Elite 2019, one of only seven U.S.-based lawyers listed for Restructuring and Insolvency. Ms. Grassgreen holds an AV Preeminent Peer Rating, Martindale-Hubbell's highest recognition for ethical standards and legal ability, and is ranked among Bankruptcy/Restructuring attorneys by Chambers USA. Every year since 2010, she has been named a “Northern California Super Lawyer” by San Francisco Magazine. Ms. Grassgreen is a graduate of the University of Florida, where she also received her J.D., and is admitted to practice in Florida as well as California.

57 The Best Lawyers in America® awards