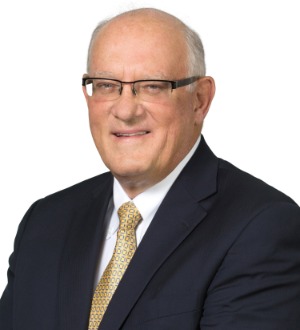 O'Neil, Cannon, Hollman, DeJong & Laing S.C.
"Dean Laing is an outstanding litigator with a very pragmatic and result-oriented approach. He handles extremely difficult situations with care and expert advice."
"Dean is professional, knowledgeable, committed (24/7), aggressive, relentless, strategic, approachable, and a tireless litigator. Anyone would want him on their side. "

"Dean Laing is an outstanding litigator with a very pragmatic and result-oriented approach. He handles extremely difficult situations with care and expert advice."

"Dean is professional, knowledgeable, committed (24/7), aggressive, relentless, strategic, approachable, and a tireless litigator. Anyone would want him on their side. "

Among numerous high-profile cases in which he has been involved, Mr. Laing was the lead trial attorney for Mitsubishi Heavy Industries America, Inc. in a lawsuit relating to the construction of the retractable roof of Miller Park (the home of the Milwaukee Brewers), which Judge Kitty K. Brennan called "the biggest case [Milwaukee] County has ever seen." The case, filed by the Southeast Wisconsin Professional Baseball Park District, sought $50 million in damages from Mitsubishi for alleged defects in the retractable roof constructed by Mitsubishi. Mitsubishi denied liability and filed a counterclaim seeking additional costs incurred in constructing the roof due to material changes made to the roof's design after Mitsubishi bid the job. The case involved claims of $140 million, and generated the taking of 162 depositions in three countries, the production of 2.9 million pages of documents, the filing of 96 substantive motions, and several trips to the appellate court. After three days of mediation involving 22 attorneys from seven states, a settlement was reached one week before the scheduled trial, resulting in Mitsubishi paying nothing on the Baseball Park District's claims and receiving $18 million on its counterclaim. The attorney for the Baseball Park District was John H. Hinderaker of Minneapolis.

In another high-profile case handled by Mr. Laing, he represented a bank being sued by Koss Corporation in connection with an embezzlement by one of Koss’s employees, Sujata Sachdeva, who obtained $17 million of the embezzled funds from Koss’s accounts at the bank. Ms. Sachdeva embezzled a total of $34 million from Koss, which is the ninth largest embezzlement in U.S. history. Koss sought $42 million in damages from the bank, alleging that the bank acted in bad faith under the Uniform Fiduciaries Act by failing to detect the embezzlement. After more than five years of litigation, Koss’s case was dismissed by the trial court on summary judgment in 2016, which ruling was affirmed by the Wisconsin Court of Appeals on December 12, 2017 and subsequently affirmed by the Wisconsin Supreme Court on January 29, 2019. The bank paid nothing on Koss’s claims. The attorney for Koss was Michael J. Avenatti of California.