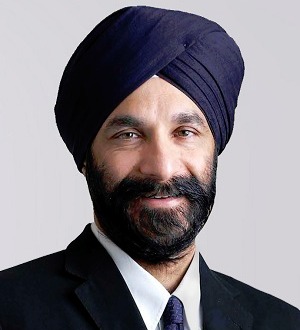 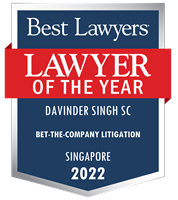 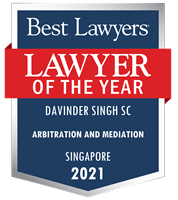 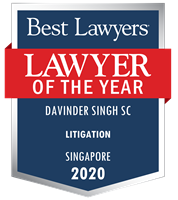 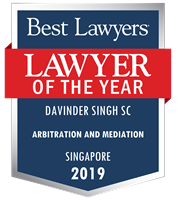 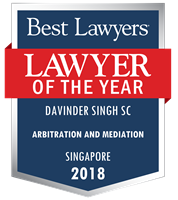 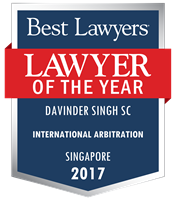 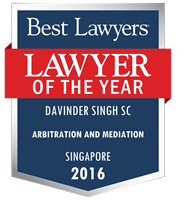 Davinder is the Executive Chairman of Davinder Singh Chambers LLC.

He was in the first batch of Senior Counsel appointed in Singapore.

Davinder has litigated cases in almost every area of the law, including landmark cases. He is widely considered as Singapore's most revered advocate and counsel of choice, recognized time and time again as a top litigator and arbitration counsel by various local and international legal publications. He has an active international arbitration practice involving complex commercial disputes and multiple jurisdictions. He has, inter alia, advised and/or acted in numerous ICC, SIAC, UNCITRAL and ad hoc arbitrations.

In 2014, Davinder received the prestigious “Outstanding Contribution to the Legal Profession” award from Chambers & Partners. This award was given to only two individuals in 2014 for their exceptional achievements and significant impact on their market, across the region and internationally. Davinder was the only Singaporean to receive the award that year.

Davinder has also been ranked by Chambers & Partners as the only “Star Individual” in Dispute Resolution (Singapore), a category above Band 1, for 7 consecutive years (2011 to 2017).

At the inaugural The Asian Lawyer Emerging Markets Awards 2014, Davinder was named “Disputes Lawyer of the Year” for Southeast Asia and India. The publication described him as one “who is feared in Singapore as the city’s most powerful litigator”. He also led the team which won the Cross-border Dispute/Litigation of the Year award for its successful prosecution of one of the largest corruption cases in Brunei Darussalam.

He was the only litigator in Singapore to be named as External Counsel of the Year by Asian-MENA Counsel in 2012 and 2013.

3 The Best Lawyers in Singapore™ awards

Recognized in The Best Lawyers in Singapore™ 2023 for work in: