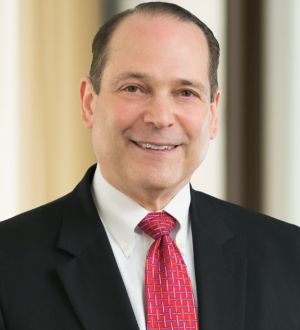 Navigate to map location for David M. Powlen Visit the website for David M. Powlen at https://www.btlaw.com/en/people/david-powlen
Your comment has been submitted!
We have encountered an error and are unable to process your comment at this time. Please refresh the page and try again later.
Add Comment
In making your comments, please do not refer to a pending legal matter.
Share My Profile
Post on Social

David Powlen is the managing partner of the Delaware office, and his practice ranges from negotiating and documenting transactions to addressing actual or potential litigation. David is devoted to serving as a trusted adviser in all client assignments.

Experienced in business bankruptcy, insolvency and special situations, David is regularly involved in Chapter 11 cases before the U.S. Bankruptcy Courts in Delaware and the Southern District of New York and in many other jurisdictions. He represents secured and unsecured creditors; investors; purchasers of assets; parties to leases, licenses and other agreements; defendants in actions to recover alleged preferences or other transfers; and a variety of other clients. Also, David is involved in merger, acquisition, financing and restructuring transactions and delivering opinions associated with them, and he appears in cases before the U.S. District Court for the District of Delaware, the Delaware Court of Chancery and the Delaware Superior Court.

David is frequently called to consult with and assist other professionals, both outside and inside the firm, in analyzing issues and executing upon a broad array of assignments. He enjoys the variety and often fast-paced nature of his work and in dealing with the challenges presented. He looks for opportunities to be an innovator and developer of desirable outcomes, in addition to being an advocate and problem solver, for clients.

David has completed multiple terms as chair of the firm’s Finance, Insolvency and Restructuring Department, has been a member of the Management Committee and the Non-Legal Affiliates Committee, and at various times has served in other administrative roles for the firm. Reflecting the scope of his practice, he is also a member of the Corporate Department, the Litigation Department and several practice groups. While residing in Indianapolis earlier in his career with the firm, David was the first attorney there who concentrated on and developed a practice in creditors’ rights and bankruptcy law. Also, he helped start the firm’s Delaware office in 2009 and has been based there since.

From 2001 through 2008, David worked full-time as a senior investment banker and financial advisor on merger and acquisition, recapitalization, reorganization, valuation and other assignments. During that time, he achieved and to the present has maintained the designation of a Certified Insolvency & Restructuring Advisor (Association of Insolvency & Restructuring Advisors). From his roles and experiences in those years, David brings an interdisciplinary approach to and keen aptitude for the business aspects of assignments.

247 The Best Lawyers in America® awards

70 Best Lawyers: Ones to Watch in America awards