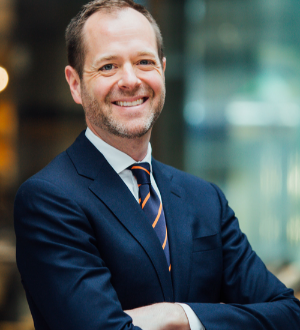 Navigate to map location for David M. Cialkowski Visit the website for David M. Cialkowski at https://www.zimmreed.com/people/david-cialkowski/
Your comment has been submitted!
We have encountered an error and are unable to process your comment at this time. Please refresh the page and try again later.
Add Comment
In making your comments, please do not refer to a pending legal matter.
Share My Profile
Post on Social

David M. Cialkowski is a partner with Zimmerman Reed and dedicates a substantial portion of his practice to the area of complex and mass tort litigation, with a primary focus on antitrust and consumer protection litigation.

Dave Cialkowski has two decades of experience in complex and class litigation. His leadership and litigation skills have been recognized by state and federal courts and have led to his appointment as class counsel and to several MDL leadership positions.

Dave was a member of the legal team representing the Mississippi Attorney General’s Office in Mississippi ex rel. Hood v. AU Optronics, 571 U.S. 161 (2014), an antitrust case against manufacturers of LCD displays, which presented the issue of whether an attorney general’s parens patriae case is a “mass action” under the meaning of the Class Action Fairness Act. The Supreme Court ruled unanimously in Mississippi’s favor.

Dave was also appointed to leadership positions in consumer protection class actions including as class counsel on behalf of consumers in the consolidated action Hudock et al. v. LG Electronics U.S.A. Inc., 0:16-cv-01220 (D. Minn.), on behalf of the firm as Executive Committee member in In re Generali COVID-19 Travel Insurance Litigation, No. 20-md-2968 (S.D.N.Y), as a member of the Plaintiffs’ Steering Committee in In re Apple iPhone 3G and 3GS “MMS” Marketing and Sales Practices Litigation, MDL 2116, and co-lead counsel in In re Dockers Roundtrip Airfare Promotion Sales Practices Litigation.

In addition to his consumer protection and antitrust work, Dave is experienced in complex mass torts. He was a member of the lead counsel trial team in Levaquin Products Liability Litig., MDL 1943, and represented plaintiffs in In re St. Jude Silzone Heart Valves Product Liability Litigation, MDL 1396. Dave also represented a class of people injured following a train derailment and chemical release in In re Soo Line Railroad Company Derailment of January 18, 2002 in Minot, N.D. His work and leadership led to a clarification in federal law which limited the application of railroad preemption.