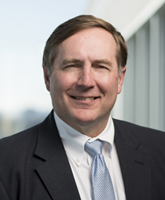 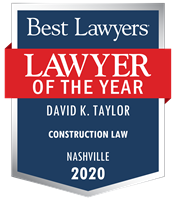 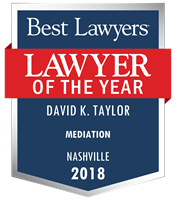 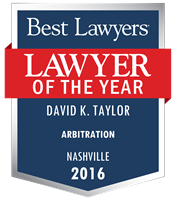 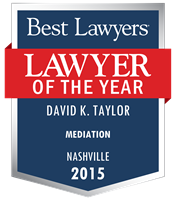 David Taylor has for nearly 30 years been a commercial litigator, with an emphasis on construction and real estate dispute resolution. David has a national construction practice representing all participants in the construction industry, and has tried cases and disputes all across the United States. He has a national "neutrals" practice, and has been chosen more than 300 times by lawyers all over the country to help them either settle their clients’ disputes through mediation, or to render binding decisions as an Arbitrator. He is a national trainer for the American Arbitration Association, and has lectured (locally and nationally) more than 100 times at construction, mediation/arbitration, landlord/tenant and commercial real estate seminars.

260 The Best Lawyers in America® awards 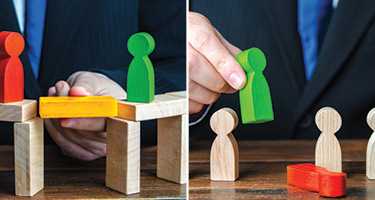