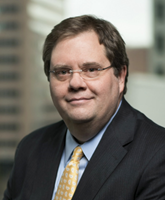 Bradley Arant Boult Cummings LLP
"David is very knowledgeable and responsive to the client's needs."
"David has proven to be an exceptionally knowledgeable, articulate and responsive addition to our Environmental Team. Although I am currently in a somewhat different role within my company, I do continue to engage David Roth as my subject matter expert when I need a clear, concise and accurate opinion on environmental matters. "
Read More Client Comments

For more than a decade, I have worked to understand how environmental law impacts my clients. Identifying problems is only a part of what I do; what I most enjoy, and what my clients value, is finding solutions. For me, practicing law is about helping real people and businesses to succeed in an increasingly competitive marketplace.

My early career as a lawyer prepared me to provide effective, commonsense guidance. I have closed asset purchases, conducted corporate due diligence, and served as de facto general counsel for a manufacturing company. I have met with company presidents, maintenance supervisors, and CFOs, and learned how they run their businesses. As an environmental lawyer, I spend as much time on plant floors as I do in seminars. I like to say I spent my first years learning how to write and talk like a lawyer, and the time since then learning how not to.

I have handled environmental matters across the country—from California to New Jersey, from Wisconsin to New Mexico. I have advised banks on environmental issues related to foreclosures, drafted waste disposal agreements, reviewed environmental representations and warranties, taken contaminated sites through brownfield programs, negotiated consent decrees with federal and state regulatory agencies, and helped prepare Title V permit applications. In 2010 alone, I was the primary environmental counsel on transactions totaling more than $1 billion.

I also have significant experience representing corporations and individuals in environmental criminal cases. In 2004 through 2006, I was part of a team that defended a company in a six-week trial in connection with alleged criminal Clean Water Act violations. Following a government verdict, the case was appealed to the Eleventh Circuit, which reversed the convictions. Then, in 2007 through 2009, I helped represent an individual defendant in a closely-watched case in federal court in Missoula, Montana. At the time, the government described the case as the largest environmental criminal case in United States history. After more than ten weeks of presenting evidence, the government admitted it could not make a case against my client, and the case against him was dismissed with prejudice.

Personally, I was born in New York City, but have a wife and two children with southern accents, know how to cook grits, and make a conscious effort to honk less when I drive. I am chairman of the board of my local library and served for three years on the board of the Alabama Shakespeare Festival.

"David is very knowledgeable and responsive to the client's needs."

"David has proven to be an exceptionally knowledgeable, articulate and responsive addition to our Environmental Team. Although I am currently in a somewhat different role within my company, I do continue to engage David Roth as my subject matter expert when I need a clear, concise and accurate opinion on environmental matters. "

"David has been a great resource in supplying accurate and timely information relative to environmental issues I have had when performing due diligence prior to purchasing real estate. He has also been instrumental in resolving outstanding ACM and IAQ issues on existing properties."

"Mr. Roth has distinguished himself as a very capable environmental litigator."

"It has been my experience that David Roth provides exceptional service to our organization with a high level of expertise in Environmental Law. I have always found him to be timely and clear in communication and very effective in working with all members of our organization."

"David is very thorough, efficient, and responsive. Coupled with his substantial expertise in the area of environmental criminal law, these traits make him an outstanding choice."

Contact David E. Roth
If you would like this lawyer to contact you directly in regards to a legal matter, please fill in the relative information below. The lawyer will then be sent your inquiry.
Your message was sent successfully!
Legal Disclaimer: Any information sent to Best Lawyers® or referred to a lawyer listed in Best Lawyers® via Internet e-mail or through the Best Lawyers® Web site is not secure and is done so on a non-confidential basis. Communication with Best Lawyers® or an Lawyer listed in Best Lawyers® via Internet e-mail through this site does not constitute or create a lawyer-client relationship. Best Lawyers® does not necessarily endorse, and is not responsible for, any third-party content that may be accessed through this website.
Add Comment
Your comment was saved successfully!
Thank you for your feedback.