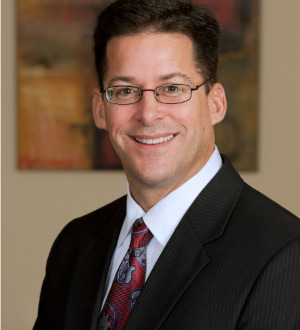 Roop Xanttopoulos Babounakis PLLC
"David Roop is a wonderful lawyer and a terrific guy! He was everything you would want your divorce lawyer to be."
"It is obvious that David is a very busy man when dealing with him. However, when he is focused on your case it is as if there are no other cases on his schedule. He is empathetic, sympathetic and vastly knowledgeable about family law. I never doubted that David and Alex always considered and work toward what was best for my children and me."
Read More Client Comments

With a distinctive background and a rare competitive fire, David Roop has for more than a decade been one of Virginia's top family law attorneys.  According to his peers, Roop is both a sophisticated thinker and a scrappy lawyer, a unique and useful mix for his contentious profession.  David has a deeply strategic orientation along with a cheerful yet hard-driving disposition.  David is a Baltimore native and graduate of Notre Dame University, Notre Dame, Indiana (BA, cum laude, 1985) and the University of Maryland Law School, Baltimore, Baltimore, Maryland (JD, with honors, 1991) and was a United States Peace Corp Volunteer in Zaire (now Congo), Africa from 1985 - 1987.  David has served on the Virginia State Bar throughout his years in practice, as the Chair of the Standing Committee on Professionalism  (2004-2006) and Secretary, Member and Chair of the 5th District, Subcommittee II of the Disciplinary Board of the Virginia State Bar (2010 - 2016).  David is a licensed Mediator and Collaborative Law Attorney.  He has been recognized in Best Lawyers of America since 2008; Superlawyers in Washington, DC and Virginia since 2006; The Washingtonian Magazine (featured in several articles) (2004 - 2014) and Northern Virginia Magazine (2009 - present).  David is licensed to practice law in Virginia, Maryland and Washington, D.C.
Read more on firm website

"David Roop is a wonderful lawyer and a terrific guy! He was everything you would want your divorce lawyer to be."

"It is obvious that David is a very busy man when dealing with him. However, when he is focused on your case it is as if there are no other cases on his schedule. He is empathetic, sympathetic and vastly knowledgeable about family law. I never doubted that David and Alex always considered and work toward what was best for my children and me."

"David Roop personifies the term "counselor" in his representation of clients. He combines his knowledge of the law with sound judgment to craft comprehensive, strategic and goal-oriented approaches to achieving great results for his clients. Mr. Roop also understands how to relate on a personal level with his clients; understanding on a deeper level the family issues and dynamics that make family law complicated and unique. This allows him to effectively negotiate real solutions for his clients, which is sometimes unique for a lawyer. He also happens to be very funny, personable, and smart."

"David is exceptionally able; creative in crafting the case and action forward. He is able to diffuse heated exchanges effectively and he is aware of difficult hurdles in getting to and winning in court. David is good at helping the client understand, evaluate and choose action options as well as helping them get past emotional blinders to understand realistically what should be done. He is focused on the short and long-term welfare of the children. He has a great team and is a good leader for them. He is a truly fine professional."

"David Roop is an excellent strategic and compassionate lawyer. He is available, professional, and got me the best possible legal settlement I could have hoped for."

"As someone who holds a law degree, I can say that David Roop is a brilliant and effective family law attorney. He has a deep and analytical understanding of family law (even when the matter involves conflicting laws in different jurisdictions), is a superb strategist and communicator, and treated my case and me with a spirit of compassion and understanding. I was very fortunate to have Mr. Roop as my attorney, and I will always be grateful for what he accomplished on my behalf. He has earned the respect of his peers, and I would recommend him to anyone who needs a great lawyer."

That the spouse of a foreign national has a visa or immigration status inconsistent with permanent residency does not, in and of itself, establish that the spouse is not a domiciliary of Virginia (entitled to equitable distribution and divorce).

Established that it is an unconstitutional violation of the Contracts Clause to apply subsequently-enacted legislation (e.g. cohabitation ends support) to terminate a prior spousal support or alimony award set forth in a bilateral agreement.
Contact David E. Roop, Jr.
If you would like this lawyer to contact you directly in regards to a legal matter, please fill in the relative information below. The lawyer will then be sent your inquiry.
Your message was sent successfully!
Legal Disclaimer: Any information sent to Best Lawyers® or referred to a lawyer listed in Best Lawyers® via Internet e-mail or through the Best Lawyers® Web site is not secure and is done so on a non-confidential basis. Communication with Best Lawyers® or an Lawyer listed in Best Lawyers® via Internet e-mail through this site does not constitute or create a lawyer-client relationship. Best Lawyers® does not necessarily endorse, and is not responsible for, any third-party content that may be accessed through this website.
Add Comment
Your comment was saved successfully!
Thank you for your feedback.