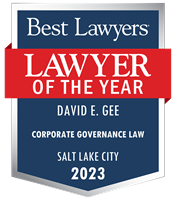 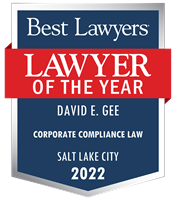 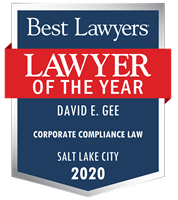 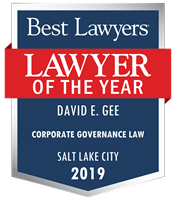 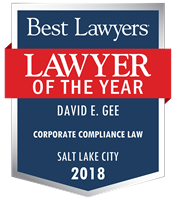 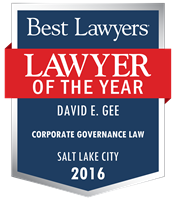 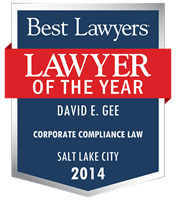 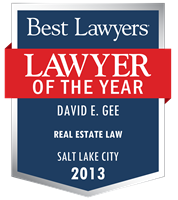 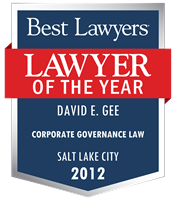 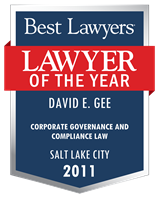 David Gee assists clients in achieving financial and tax benefits through structuring or restructuring ownership interests and debt in connection with asset based transactions. A substantial portion of his practice involves acquisition, development, financing, exchange and other disposition of real estate assets, representing both owners and lenders. He often assists owners in obtaining land use and development rights and financing assistance from Utah governmental authorities including industrial revenue bond and redevelopment agency financing.

Mr. Gee provides legal services related to asset based and project loan transactions, including oil and gas financing, financing of power plants and other industrial facilities and structured lending. During economic downturns, Mr. Gee provides analysis and negotiating assistance to creditors and debtors in restructuring real estate and other asset based non-performing loans, leases and other financing vehicles.

Mr. Gee presently serves as Chair of Red Butte Garden and is on the Board of Directors of the Salt Lake County Tier 1 Advisory Board responsible for the Zoo, Arts and Parks Tax allocations among arts groups in Salt Lake County, The Community Foundation of Utah’s 2010 Enlightened Fifty (E-5-0). He is also on the Board of Directors of Pioneer Theatre Company, and the Utah Humanities Council.

Mr. Gee was named one of the top real estate lawyers in Utah in the 2003-2014 editions of Chambers USA – America’s Leading Business Lawyers. Sources say in the 2012 edition, “He is one of the most gifted lawyers around, with an encyclopedic knowledge of real estate and tax.” Previous editions have noted “he has great vision – he can look into the depths of a case without losing sight of the big picture.” He has been continually recognized by Mountain States Super Lawyers and in 2013 was named one of Utah’s “Top 100″ lawyers in the Intermountain area. Mr. Gee was listed in the 2004-2015 editions of Utah Business magazine as one of Utah’s Legal Elite for his work in real estate. He has been listed in The Best Lawyers in America 2006-2015 editions; and was named as the “Lawyer of the Year” in the area of Corporate Governance and Compliance (2011), Corporate Governance (2012), Real Estate Law (2013), and most recently Corporate Compliance (2014) by Best Lawyers. Mr. Gee has also been awarded an AV rating – the highest awarded by Martindale-Hubbell.