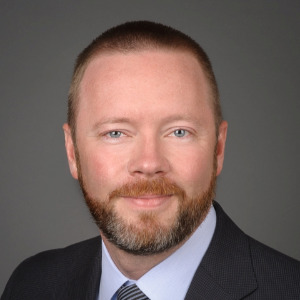 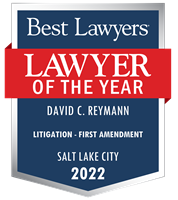 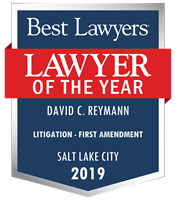 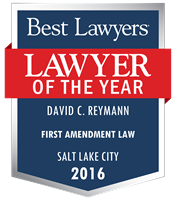 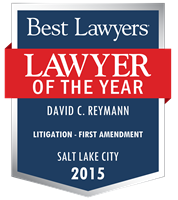 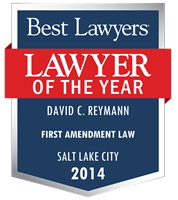 David Reymann is a commercial litigator with experience in numerous areas of the law, including First Amendment, media, intellectual property, appellate, network marketing/direct sales, contract disputes, and environmental litigation. Over the past 16 years, Mr. Reymann has argued cases at all levels of Utah’s state and federal courts and has served as counsel in high-stakes litigation for local, national, and international clients alike. Mr. Reymann is a tenacious and tireless advocate for his clients and constantly seeks to find creative and cost-effective solutions to their problems.

In his First Amendment and media law practice, Mr. Reymann represents the media and individuals in matters involving the First Amendment and the public’s right to know, including defamation, open records law, access to court and governmental proceedings, anti-SLAPP litigation, online liability, anonymous speech, and related areas of constitutional law. Mr. Reymann has represented every media organization in Utah and a number of national organizations, including CNN, the Associated Press, Viacom, CBS, NBCUniversal, and Fox Television Stations. Since 1999, Mr. Reymann has helped staff the Freedom of Information Hotline at Parr Brown, which provides pro bono assistance to the news media and citizens seeking access to government records and proceedings. Mr. Reymann also co-chairs the Bench-Media Subcommittee of the Utah Judicial Council, which promotes interaction between the news media and the judiciary. Mr. Reymann was instrumental in the push to enact Rule 509 of the Utah Rules of Evidence in 2008, which enacted a reporter’s privilege in Utah for the first time, and more recently has been heavily involved in protecting Utah’s rule permitting cameras in Utah’s state courts. In 2015, the Utah Headliners Chapter of the Society of Professional Journalists awarded Mr. Reymann its “Sunshine Award” in recognition of his efforts to fight for governmental transparency in Utah.

Mr. Reymann also has extensive experience in litigation involving multi-level marketing, network marketing, and direct-sales companies. He has assisted both companies and distributors in various disputes both nationally and internationally, including trade secret and cross-recruiting cases, regulatory compliance, contract and policy matters, international jurisdiction conﬂicts, intellectual property, and product contamination issues. In addition to litigation, Mr. Reymann advises companies on policies and procedures, contract drafting, and regulatory compliance with an eye toward avoiding litigation in the future.

Mr. Reymann has additional experience in environmental and administrative litigation. He has assisted local and national clients in multiple matters at both the agency level and in court, ranging from water use and Clean Water Act compliance, discharge permits, air quality and Clean Air Act compliance, CERCLA, citizen suits, notices of violation, public trust and sovereign lands litigation, and appeals.

In addition to those specific areas, Mr. Reymann has experience in a broad range of other litigation matters, including appellate, corporate governance and malfeasance, contract negotiations and disputes, intellectual property, trade secrets, copyright, trademark, patent litigation, securities, internet law, and antitrust compliance and defense. Mr. Reymann is a registered lobbyist in the State of Utah and has twice acted as special counsel to the State in constitutional challenges to enacted legislation.

Mr. Reymann dedicates a meaningful portion of his practice to pro bono work. Over the years, he has represented parties in civil rights, defamation, and anti-SLAPP cases. Mr. Reymann was lead counsel in the case challenging the constitutionality of Ogden’s so-called “anti-gang” injunction and successfully argued the case to the Utah Supreme Court. Mr. Reymann also works with the Rocky Mountain Innocence Center in seeking DNA testing for the wrongfully convicted, has assisted death-row inmates in post-conviction relief proceedings, and has represented immigrants from the Middle East whose citizenship applications were unlawfully delayed following the events of 9/11. In 2011, Mr. Reymann was elected by his peers to the Fellows of the American Bar Foundation, an organization limited to one-third of one-percent of the lawyers in America and dedicated to the advancement of social progress in the law.

Mr. Reymann is a past President of both the Salt Lake County Bar Association and the David K. Watkiss – Sutherland II Inn of Court, the largest Inn in the country. He is also an adjunct professor at the S.J. Quinney College of Law at the University of Utah and is a periodic lecturer on litigation practice and constitutional law. Mr. Reymann has been listed in Best Lawyers in Americasince 2007 and is currently recognized in four different areas of the law, including Commercial Litigation, First Amendment Litigation, First Amendment Law, and Communications Law. Best Lawyers has named Mr. Reymann “Lawyer of the Year” three times—twice in First Amendment Law (2014 and 2016) and once in First Amendment Litigation (2015). Mr. Reymann has been peer rated AV-Preeminent, Martindale-Hubbell’s highest rating, since the first year he was eligible. He has also consistently been recognized in Utah Business magazine’s “Legal Elite,” Mountain States Super Lawyers, and Benchmark Litigation. In 2010, Mr. Reymann was honored as one of Utah’s “Forty Under 40″ by Utah Business magazine.

Mr. Reymann is a native of Alabama and greatly misses real southern food. He compensates with Utah’s stellar ﬂy ﬁshing.